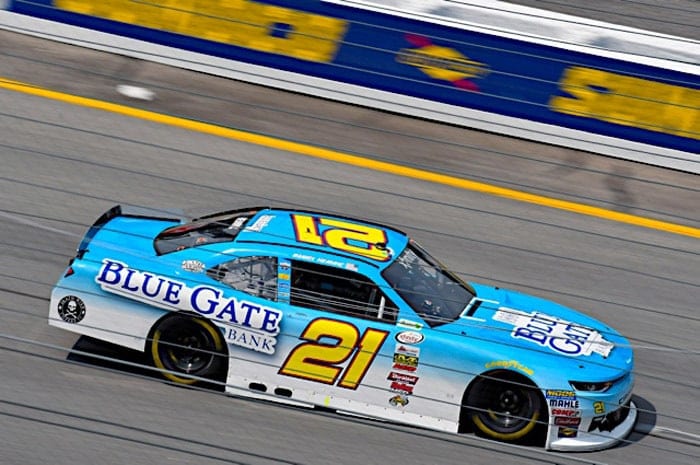 Daniel Hemric understands he is the underdog for the NASCAR XFINITY Series championship.

Just don’t expect it to phase him one bit.

Nor should it phase him. The term “underdog” is nothing new for the 26-year-old rookie, an age which seems ancient compared to fellow freshman and title contender William Byron.

“We’re squared away even going into a one-race match,” Hemric said at Championship 4 media day. “It’s pretty exciting to be a part of. We have as good of a shot as anybody. We’re going into a situation with everybody focused on one thing.”

Hemric will also arrive at Homestead-Miami Speedway with a fresh No. 21 machine for Richard Childress Racing. The organization spent nearly a month building it. Now, it is time to put it to the test rather than the simulator. As Hemric said, the team has been “fluffing and buffing” it.

The effort is being led by veteran crew chief Danny Stockman Jr., who is now working back at the shop. Randall Burnett, AJ Allmendinger‘s former crew chief on the Cup side, has taken over the reins on the No. 21 XFINITY car this weekend. NASCAR suspended Stockman following a fourth-place finish at Dover International Speedway when a piece of tungsten ballast fell off the car on pit road.

Even without Stockman at the track, Hemric managed to advance to the Championship 4, overcoming a 25-point slap in the face to start the Round of 8. Stage points proved to be important as he overcame an 18-point deficit entering Phoenix International Raceway to move onto the title round.

Can he capitalize off that late surge of momentum?

“This is the best racecar we’ve brought to the track all year,” Hemric said. “As the race winds down, you have to look at the guys who you need to beat. You have to be aware and do your job. That’s what we did last week and that’s what we did all year.”

Hemric joins Elliott Sadler as the two winless drivers entering the ring this weekend. But that doesn’t make them unique. Austin Dillon captured the 2013 title without winning a race, and it is certainly doable once again.

The No. 21 team enters the title fight with seven top fives and 16 top 10s, the lowest in both categories out of the four championship contenders. Hemric’s led fewer laps (70) than his peers, and he completed fewer miles than they have.

Nonetheless, the confidence is there for the North Carolina native.

“We’ve been up and down as far as the performance side, whether it’s been qualifying or the races,” Hemric said. “We’ve shown we can outperform those guys. It’s all about who is going to be the best this weekend.”

Hemric is the lone driver in the Championship 4 who isn’t competing for JR Motorsports. He enters Homestead with all of RCR’s focus on his effort, unlike JRM, which has to split their time between Sadler, Byron, and Justin Allgaier.

As Hemric put it, “We’ve used the last 32 races to prepare for this moment, and that’s all you can ask for.”