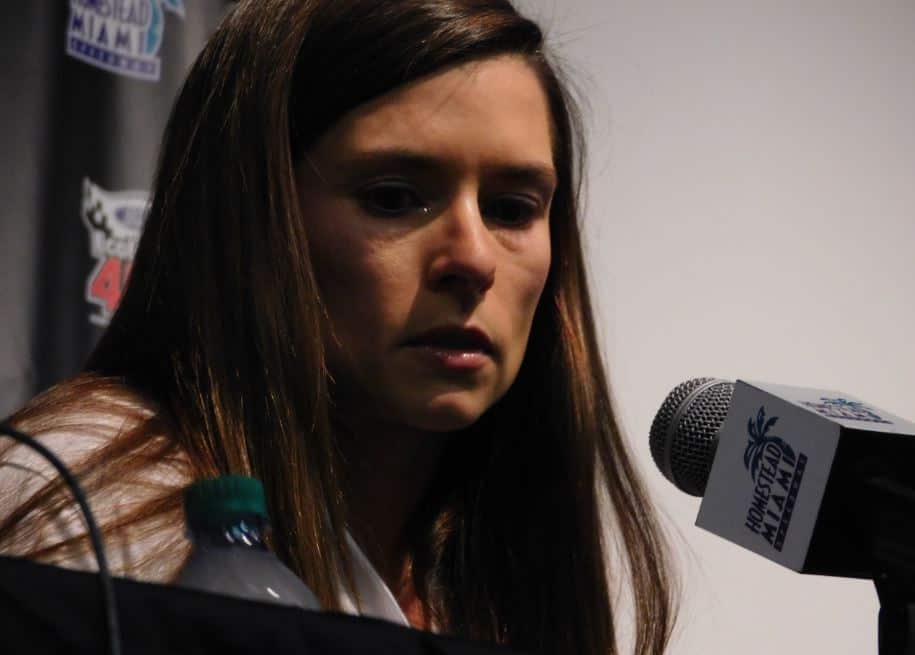 On Friday afternoon at Homestead-Miami Speedway, Danica Patrick announced that 2017 will be her final full-time season as a racecar driver, but will compete in the 60th annual Daytona 500 and end her career at the 102nd Indianapolis 500 in 2018.

Patrick admitted that coming into the 2017 season, she faced something she never had to face before — sponsorship woes. It took “months” to come to the realization that retirement was in her future.

“I don’t necessarily feel like I was pushed into doing this,’ Patrick said while sobbing. “I’m excited about the next phase, trust me.”

Since coming to NASCAR, Patrick had a best finish of sixth at Atlanta Motor Speedway in 2014. She posted six other top-10 finishes throughout her 189-race career, including a season-high 10th at Dover International Speedway this season.

Though announcing she will run the pair of races, Patrick could not specify what teams she will compete with.

“We’re down the line with different facets of moving forward but nothing is final yet,” Patrick said of what teams she may compete for. “Hopefully it will be soon. Things are definitely not set.”

Despite an up and down career and a best finish of 24th in the championship standings (2015 and 2016), Patrick wants to be remembered as a solid driver. In five full seasons, she has one career pole, coming in her rookie campaign at the Daytona 500.

She’s highly skilled at crying and complaining! If she does move to tv on NBC it’s going to be as bad or worse than listening to DW on Fox. Every other word out of her mouth will be “Ummmm” “Ummmm” “Ummmm”.

I will miss you Danica; you got me interested in NASCAR, and now I am hooked. Best of luck to you in your future endeavors.

She will be missed, as much as any driver is missed. Wonder who the haters will single out next?

Just like that, the leader in the clubhouse for the 2018 Daytona 500 story line pole award.

How long til Ricky is in the rear view mirror? Can anyone see her at a race track next year after Daytona, other than Indy?

“But to be remembered as a great driver. That’s it.”

Is she serious??? How delusional. All she was great at was getting a participation trophy!

Someone had to point that out. Good job. You beat me to it.

If she is remembered as a “great driver” then pretty much any driver that’s ever turned a lap in the Cup series must be a great driver as well. The only word that comes to mind when I think of her Cup career is “sucked”.

She didn’t get to retire by choice. She was forced out because nobody would waste money sponsoring her, or hiring her. She cried because is unwanted didn’t get her way. Kenseth had the same thing happen to him. Both were forced out.

Big question next year. Will Danica support Ricky by coming to the racetrack every early with him. I say no way because the focus won’t be on her.