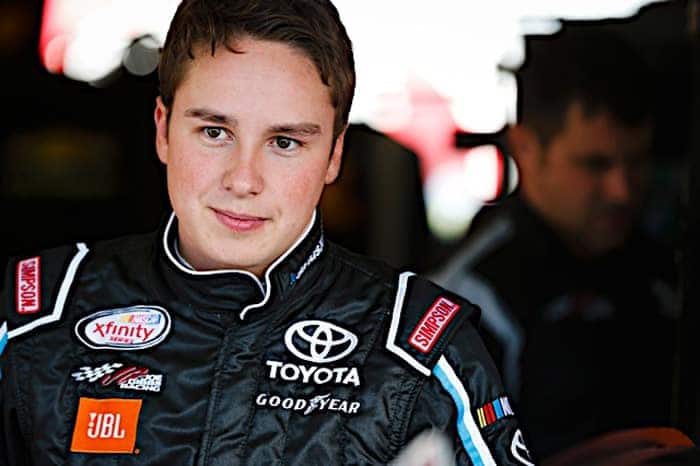 Chase Briscoe won the battle in the Homestead-Miami Speedway season finale for NASCAR’s Camping World Truck Series. Briscoe won his first race in a Cinderella story for a team, Brad Keselowski Racing, running their final event before closing up shop.

Starting from pole, Briscoe maintained the race lead over Ben Rhodes in the closing laps, scoring his first career Truck Series win while earning Rookie of the Year.

But it was another young talent, Christopher Bell, who won the war in the Ford EcoBoost 200. Bell, moving to the XFINITY Series next season, climbed through the field quickly after a 13th-place qualifying effort. By the end of Stage 1, he was in control and never wavered from there.

“Just speechless,” Bell said after exiting his truck. “It was really tough racing there. We were really good at the beginning of the race. Then, I just got really tight when I fired off on that last stage but it paid off in the long run.”

While Briscoe scooted ahead in the race, building a lead in his No. 29 Ford Bell built a solid edge over his championship rivals. As the laps wound down, he stretched the advantage over Johnny Sauter to 13 seconds, crossing the line second and earning his first Truck Series title.

“To win a title for a team that deserves the title, there are no words to describe the feeling,” he said. “You don’t want to be that guy who lets them down.”

For team owner Kyle Busch, who will contend for his second Monster Energy NASCAR Cup Series championship Sunday, it was his second as an owner in the Truck Series. This one came with driver Bell after his 2015 success with Erik Jones behind the wheel.

“It’s a dream come true to be a Truck Series owner and to have this much success,” Busch said. “To be able to see Christopher mature and get in this role… it goes to show you these guys develop, and we do a great job at that. It continues to solidify our legacy in the series.”

Sauter, the reigning champ ran third in the race and second in the title chase.

“I’m proud of everyone’s effort,” Sauter said. “I couldn’t run the top, I had to commit running straight into the corner running the bottom. Could never get on the throttle like I needed to. I just burned it off.”

Ryan Truex, fighting back from a midrace penalty was fourth, while Austin Cindric rounded out the top-five finishers.

Ben Rhodes ran near the front all night but ran out of fuel in the closing laps while running second. He wound up 19th in the final rundown.

It was a quiet race with only two cautions for the stage breaks. Six trucks chose to start-and-park within the first 10 laps.