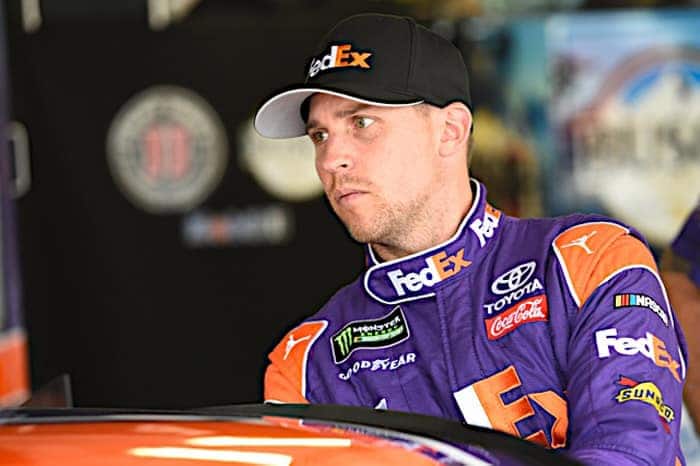 On Friday, Martin Truex Jr. was the man to beat for much of the day.

Afterward, Hamlin was very pleased with his form.

“We had them there by a little bit, I messed up three and four a little bit,” Hamlin said of his pole run. “Honestly, it was a great run and we did great adjustments there. Our FedEx Camry was obviously very fast that last run. I love this race track and wish we would have our chance, but that will be another day, another year for us.”

Ricky Stenhouse Jr. will start sixth, followed by Kyle Larson.  Kurt Busch will start eighth, while Kevin Harvick will start the furthest back of the championship contenders in ninth.  Daniel Suárez will start 10th.

Dale Earnhardt Jr. advanced into the second round of qualifying but chose not to run in order to save his tires.  As a result, he will technically start in 24th.  However, since he burned a piston in the first practice, Earnhardt Jr. will have to start at the rear of the field.

Monster Energy NASCAR Cup Series teams have two practice sessions on Saturday in which to fine-tune their setups.  The first session is scheduled to start at 10 a.m. and will air live on CNBC.

Let’s see how much class he shows during the race.