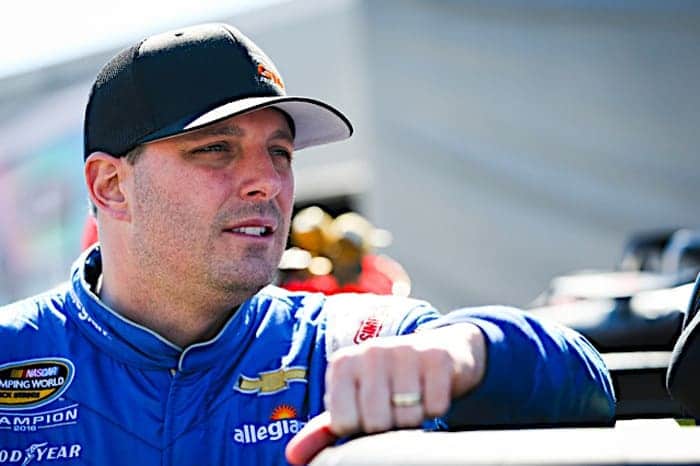 On the morning of possibly claiming their second consecutive Camping World Truck Series championship together, GMS Racing announced it has signed Johnny Sauter for the 2018 season.

In 2016, Sauter and GMS Racing kicked off their partnership by winning the season-opening race at Daytona. The No. 21 went to Victory Lane twice during the playoffs en route to Sauter’s first NASCAR championship.

Sauter has seen four checkered flags and 18 top-10 finishes this season and has been among the top two in the championship standings for the duration of the 22-race season.

“I can’t thank the Gallagher family and [GMS competition director] Mike Beam enough for the opportunity they’ve given me the last two years,” Sauter said in a team release. “To be able to compete at this level, where you know you could win any given weekend, is incredible and I’m excited to be able to continue with the No. 21 team next year.”

Last season at Homestead-Miami Speedway, Sauter started 19th before charging to the front to get a third-place result. The No. 21 team edged Matt Crafton by three positions for the championship.