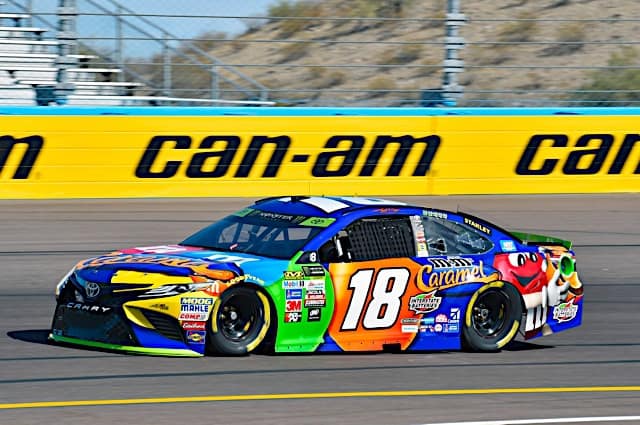 Until late in the opening 90-minute practice session, Martin Truex Jr. had the fastest lap on the track. Making a qualifying run with less than 15 minutes remaining, Kyle Busch jumped up to the top spot.

Kevin Harvick went to third on the scoring pylon while making a qualifying run late in the session (171.865 mph). Kyle Larson turned the fourth quickest lap at 171.217 mph, while Denny Hamlin rounded out the top five (170.854 mph).

Making his final start of his Cup Series career, Dale Earnhardt Jr. ended opening practice in 14th, while Matt Kenseth ended the session in 12th. The No. 88 car burnt a piston in the enging and will have to start at the rear of the field on Sunday.

Brad Keselowski ended the hour-and-a-half session in 21st, the lowest of the Championship 4 drivers. The No. 2 team was experiencing brake issues throughout the practice.

Qualifying is set to get underway at 6:15 p.m. ET. Harvick is the defending pole winner.