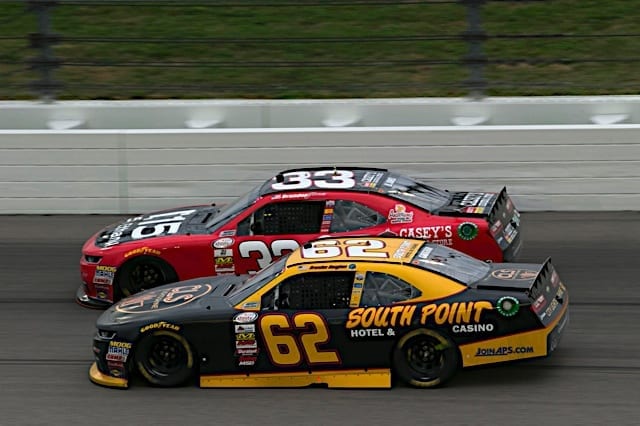 Entering the 2017 season, Richard Childress Racing chose to run five full-time XFINITY Series teams. It was an ambitious move for the organization while plotting their future in the sport’s lower divisions.

Come 2018, that experiment is getting rolled back.

At Homestead-Miami Speedway on Friday, team owner Richard Childress told Frontstretch the organization is cutting 40 percent of its XFINITY program.

“There will be three teams,” Childress said of the team’s 2018 plans. “I’m not doing more than three teams, I promise you. I learned a pretty big lesson by doing five this year.”

This season, Hemric is part of the championship race, but the team went winless for the first time since jumping to full-time XFINITY competition. In 2016, Dillon won a pair of races, while Michael McDowell also went to Victory Lane.

Who will be the odd man out in this new lineup? In early October, RCR announced it had re-signed XFINITY Series championship contender, Daniel Hemric, for the 2018 season. The team also added Matt Tifft, who is jumping on board after running this year with Joe Gibbs Racing.

Hemric will continue to pilot the No. 21 car in 2018. Tifft takes over the No. 2 machine, which has primarily been run by Austin Dillon, Paul Menard, and Ben Kennedy this season. The No. 3 car will also be run in 2018 by a variety of drivers. That eliminates the Nos. 33 and 62 teams, which were driven by Brandon Jones and Brendan Gaughan in 2017.

Jones is heading to Joe Gibbs Racing. Childress admits that he and Gaughan are working on a potential partial schedule for 2018, but nothing is finalized. Those races would likely be run in the No. 3.

That would leave the Las Vegas native without a full-time NASCAR ride for the first time since 2012. It was a frustrating year for Gaughan; he heads into the season finale ninth in the championship standings.

But while he won’t be racing full-time, joining the ranks of several other well-known names, the former Cup driver isn’t ruling out a return to NASCAR.

“I’m still not sure yet,” Gaughan told Frontstretch. “I’m debating right now on what we are going to do for next year. I’m always on a one year, year-to-year thing with Richard [Childress]. We haven’t quite decided what our plans are yet, but we will be making that decision here pretty soon.

“I don’t know if we’re scaling back. I know you can never use the word retire with me. I’m going to race until I’m 80. I’ll race until they have to pry a wheel out of my hand and where it’s going to be will be in the desert and places like that. I will never be retired.”

This season, Gaughan missed advancing to the Round of 8 by one point. In the first 32 events, the No. 62 team has only two top-five finishes. He’s posted eight top 10s with an 18.5 average finish.

“Some people would give anything to be a professional racecar driver and I’ve done it for 20 years,” Gaughan said. “There are some days I would give anything to not be a professional racecar driver anymore. I will always drive something. I’ll go back into the desert and play and I’ll go play in NASCAR occasionally when that time comes, I’ll still be around all over.”

Gaughan did confirm he will return to the No. 75 Cup Series ride for Beard Motorsports at the four restrictor plate races in 2018. In four races this season for the first-year team, he had a seventh-place finish at the July Daytona event, his first top-10 effort since 2004.