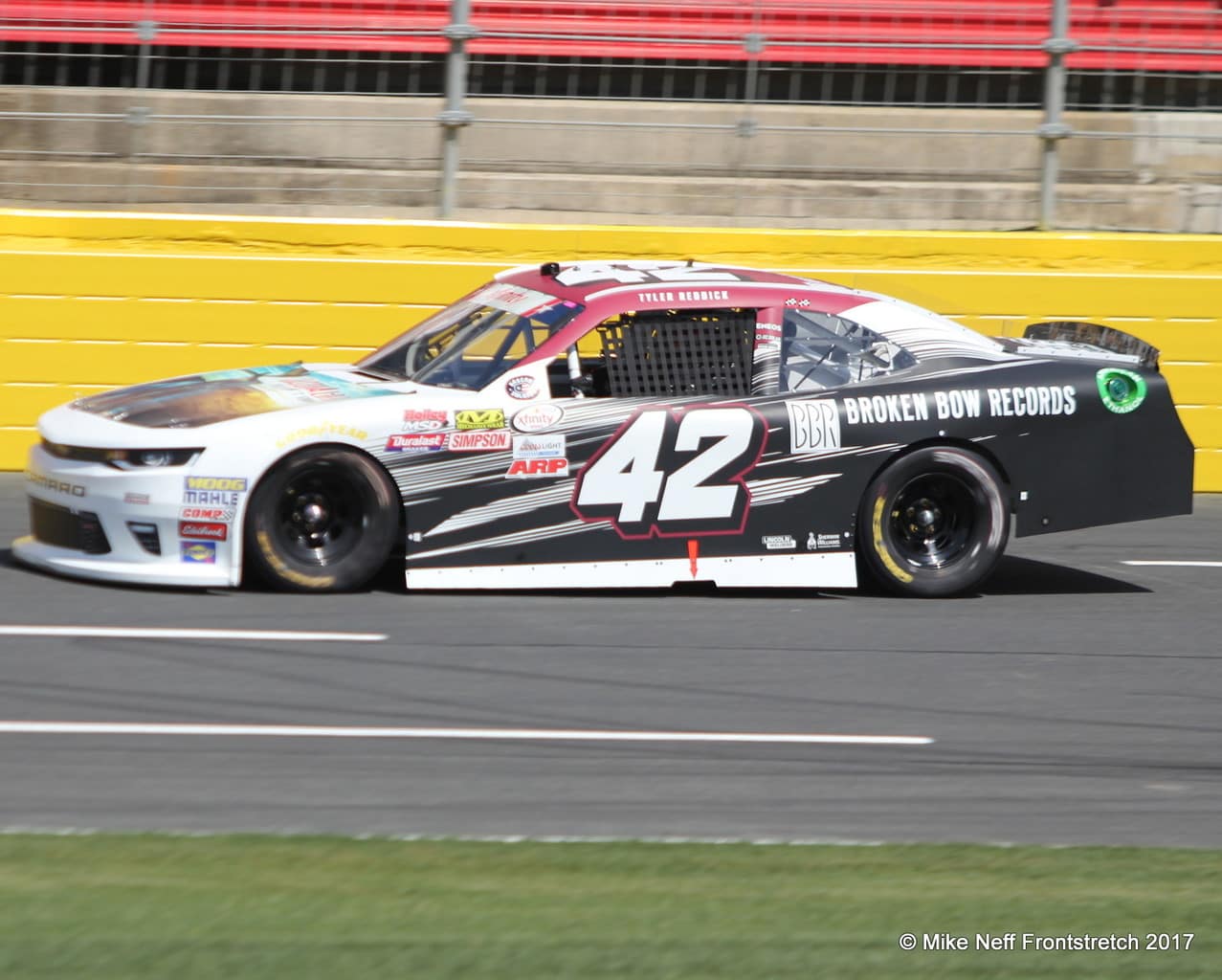 On Friday afternoon, Chip Ganassi Racing’s Tyler Reddick was fastest overall in opening XFINITY Series practice with a lap of 32.609 seconds (165.598 mph).  The lap was six-hundredths of a second faster than Richard Childress Racing’s Ben Kennedy.

Cole Custer was fastest for the vast majority of the session before Reddick bested his time.  Custer ultimately ended up third quickest, fastest of the Championship 4.  Christopher Bell was fourth fastest, while William Byron rounded out the top five.

While Byron showed a decent amount of speed in opening practice, teammate Elliott Sadler and Justin Allgaier did not.  Sadler’s best lap in the session was 15th quickest, nearly three-quarters of a second off of Reddick’s pace.  Allgaier ended up 17th quickest.  For Richard Childress Racing’s Daniel Hemric, the pace was also lacking.  Hemric’s lap of 33.436 seconds (161.503 mph) was only good enough for 21st.

There were no cautions during the session, but there was wall contact.  Canadian racer John Graham had contact with the SAFER Barrier in turns 3 and 4 with his Dodge Challenger late in the session.  The car had quite a bit of damage and a long stripe was left on the wall.  However, Graham was able to drive his Challenger back to the garage on his own.

42 cars turned in laps during the session.  The drivers who did not venture onto the track were Austin Cindric, Stephen Leicht and John Jackson.  Josh Williams, driving the No. 90 Chevrolet for Mario Gosselin turned in the most laps (36).  BJ McLeod ran the least with only one circuit.

11 of the 42 drivers on-track completed a 10-lap run during the session.  Of those 11, Bell was fastest with an average lap time of approximately 33.679 seconds (160.339 mph).  That is roughly one-hundredth of a second faster than Reddick.

XFINITY Series teams have one more practice session on Friday afternoon at 5 p.m.  It will be televised live on NBCSN.