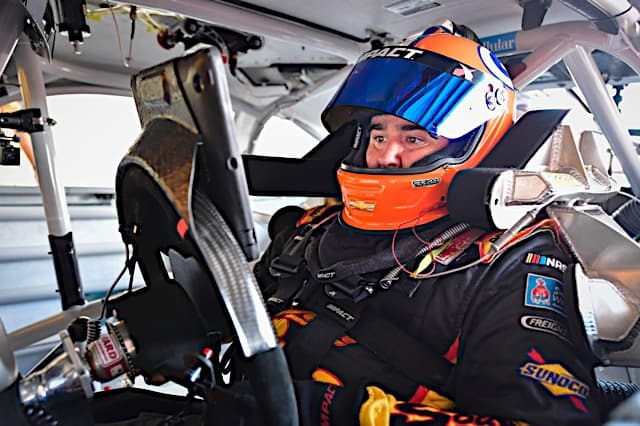 Leading up to the green flag of Saturday’s Ford EcoBoost 300 at Homestead-Miami Speedway, there was much speculation regarding Brendan Gaughan‘s NASCAR future.

Following a 13th-place effort, the 21-year veteran confirmed he was finished as a full-time driver in this sport.

“It’s never my last race, but it will probably be my last full-time race,” Gaughan said after the event. “We don’t think we will be coming back full-time anymore, but you will still see me every once in a while.”

Moments before the green flag, members of Gaughan’s family, along with the No. 62 team and fellow competitors Ty Dillon, Joe Nemechek and David Starr, among others, posed for pictures with Gaughan.

A former Cup and Truck series veteran, the 42-year-old spent his final four full-time XFINITY seasons with Richard Childress Racing. In 2014, he picked up his only two career victories in the series at Road America and Kentucky Speedway. In 132 events, the No. 62 had 11 top-five finishes and 45 top 10s. In 2014, he ranked a career-high eighth in the championship standings.

However, it isn’t the statistics that Gaughan is most proud of from his time with RCR.

“I won a couple races and I was very happy about that,” Gaughan said in tears. “I consider it a success because of the friends, the people I met and the people I was with. The ladies [PR representatives]. Very, very happy that I met great people.”

Gaughan confirmed to Frontstretch on Friday that he will pilot the No. 75 Beard Motorsports car for the four Cup Series restrictor plate races at Daytona and Talladega in 2018. Richard Childress also said that it’s possible Gaughan could return to a few events in the No. 3 XFINITY machine.