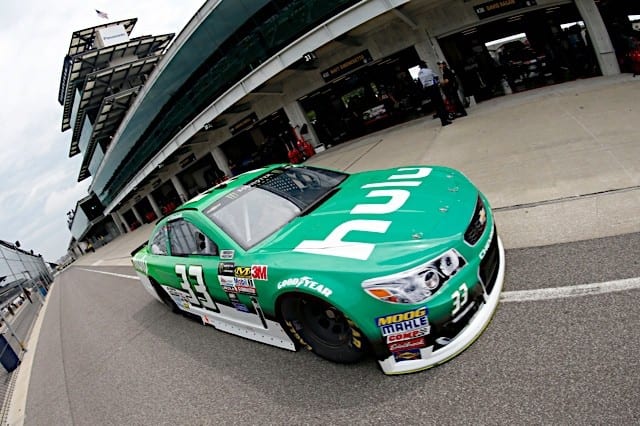 Jeffrey Earnhardt started the 2017 season with a plain black racecar.

His team, Circle Sport with The Motorsports Group, was pleading with companies left and right to sponsor the No. 33 entry in NASCAR’s premier division. But by the 13th race of the year at Dover International Speedway, the seemingly impossible task was signed, sealed, and delivered.

Hulu, the online video streaming company, entered the sport with a 22-race package. They would serve as Earnhardt’s primary sponsor, giving the team a chance to grow.

“Hulu helped get us stability, publicity, and people seeing that we’re here,” team co-owner Joe Falk told Frontstretch. “As soon as you put anybody’s name on the car, all of the big teams are calling them up.”

Since then, according to Falk just about every organization in the Monster Energy NASCAR Cup Series garage has contacted Hulu. However, even though they can move over to a larger team, loyalty is the key factor that will likely keep them around.

As Hulu completes its first year as a NASCAR sponsor, Falk is expecting the company to return as a primary backer in 2018. Earnhardt has already been re-signed to the team and the owner hopes they’ll be a package deal for years to come.

“[Hulu] called us up to say ‘hey, so and so is calling us, but we started with you and we want to see this grow,” Falk said. “They want to have that story growing. They want to do another deal and do another season, showing the team progressing.”

It is unknown how many races Hulu will be on the car next year. Typically, sponsoring a smaller organization means a company can collect more races at a lower cost.

Hulu’s activation in the sport is one that that Falk noted as a key to the team’s attempt to re-sign them. The company created a promotion surrounding the No. 33, tracking ROI with the amount of people who subscribe and continue with a free 33-day trial.

The driver-sponsor tandem also created a Web series entitled, “The Driver,” giving a behind-the-scenes look at Earnhardt’s life on and off the racetrack.

Earnhardt announced in October he will be back behind the wheel of the No. 33 car in 2018, running full-time once again. He has an average finish of 33.5 this year, with a best finish of 26th (three times).

Looking ahead, the No. 33 team also has a charter thanks to Falk’s time as a solo owner with Circle Sport Racing. Previously, he combined his efforts with Leavine Family Racing before partnering with The Motorsports Group.

“We’re working on getting more resources to get going,” Falk said. “We still have a relationship with Richard Childress, and we hope to continue that. That’s been really big for years. It’s the only way we can really do it.”