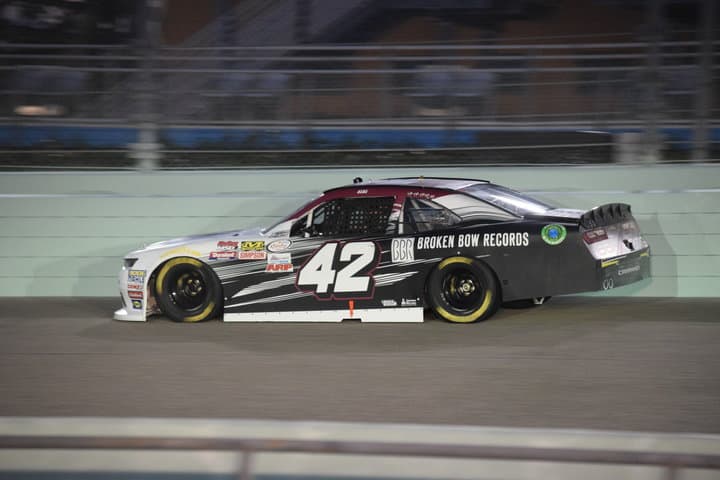 During NASCAR XFINITY Series qualifying, right when it counted, Chip Ganassi Racing’s Reddick laid down a lap of 32.604 seconds (165.624 mph).  That was good enough to claim the pole for Saturday’s Ford EcoBoost 300 at Homestead-Miami Speedway.

Two of the championship contenders failed to make the final round, as JR Motorsports teammates Elliott Sadler and Justin Allgaier will start 14th and 16th.

Three drivers failed to qualify for the race.  They were Quin Houff, Matt Mills and Morgan Shepherd.  Austin Cindric and John Jackson originally entered the race, but withdrew prior to practice.

Coverage of the Ford EcoBoost 300 is scheduled to begin at 3 p.m. with Countdown to Green on NBCSN.  Race coverage follows at 3:30.