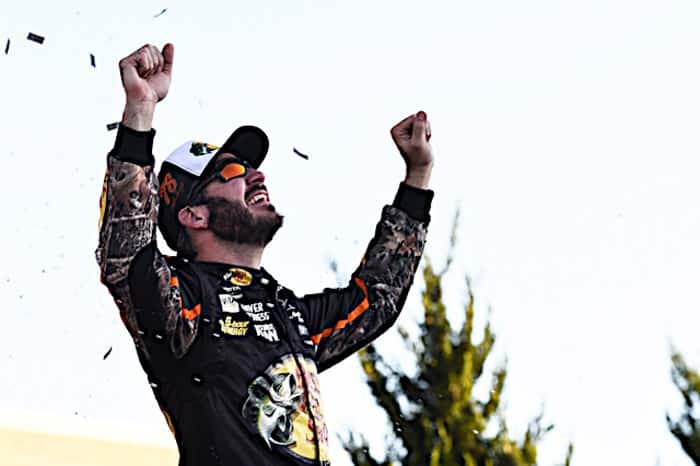 DraftKings’ daily fantasy NASCAR heads to Homestead-Miami Speedway this weekend for the Monster Energy NASCAR Cup Series season finale. A champion will be crowned this Sunday afternoon at 3 p.m. ET on NBC.

This week’s fantasy forecast is brought to you by DraftKings, the No. 1 platform for Daily Fantasy Sports. You can jump in on all of the daily fantasy NASCAR action at Homestead this weekend by signing up at this link for a free entry into one of this weekend’s contests. All you have to do is make a $5 deposit to get started!

Truex is looking to capture his first Cup Series championship on Sunday. He has been the most dominant driver on 1.5-mile tracks this season with six of his seven wins coming on intermediates.

Truex’s 2,175 laps led this season ranks first among Cup Series drivers and is 195 more than second place. He should jump out to an early lead when the green flag flies this weekend. Truex also has the best average finish (9.7), top-five results (18) and top-10 performances (25).

At Homestead, Truex ranks fourth among active drivers with more than one start in average finish (12.3). He also has seven top-10 results in 12 career starts.

Crew chief Cole Pearn gave Truex another strong car this weekend. He was fastest in final practice in single-lap speeds and ranked second among drivers that made a long run.

All of these indicators combine to make Truex the go-to play this weekend on DraftKings.

Bowyer has been successful in Miami since his very first start at the track. He finished 10th in his first start in 2006 and has five more top-10 results in the 10 races since. Bowyer had a seven-race streak from 2008-2014 in which he didn’t record a finish worse than 12th. That also included a second-place result in 2012.

Ford has done quite well this weekend, winning races in both the Camping World Truck and XFINITY series. Add in how Bowyer’s Ford looked in practice Saturday and it wouldn’t be a surprise if he ran up front Sunday. In final practice, he was second fastest, ahead of three out of four championship contenders.

Bowyer is looking to cap off his Stewart-Haas Racing debut season with a bang. Even though he has not found Victory Lane, the 11-year veteran is having his best statistical season since 2013.