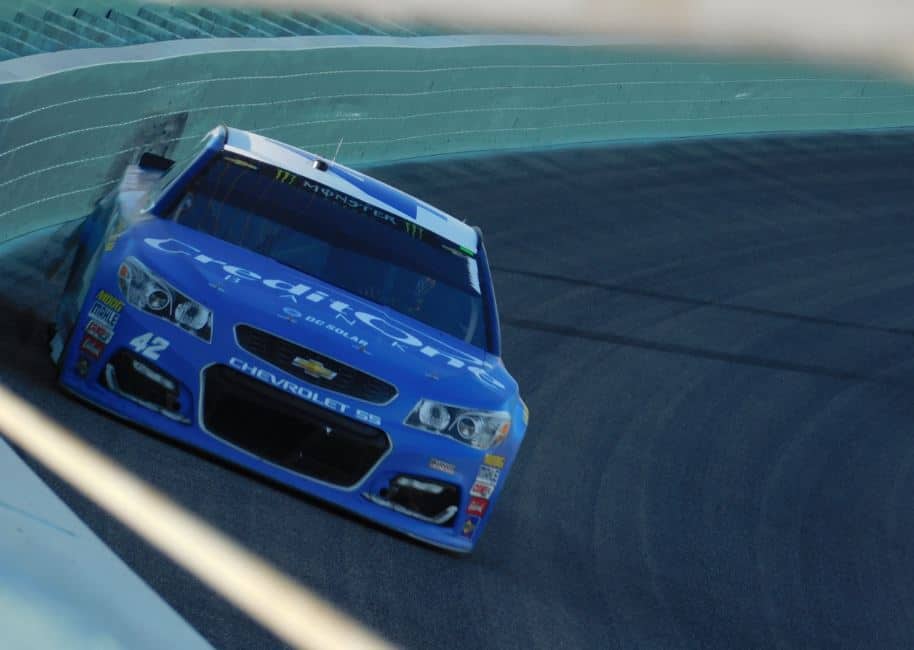 As the laps wound down at Homestead-Miami Speedway Sunday, Martin Truex Jr. and Kyle Busch raced all-out for the 2017 Monster Energy NASCAR Cup Series race win and championship. Right behind them was Kyle Larson, also sitting front-and-center for all the action.

But Larson didn’t want to keep it that way. Surging to third, the Chip Ganassi Racing driver closed in on second-place Busch and his No. 42 Chevrolet. But despite having perhaps the fastest car, he was unable to pass him.

In the end, Larson stayed behind. Busch took a shot at Truex but came up short on the race and the title.

“I was definitely better than them in front of me,” Larson said of the top two. “Just stuck in their dirty air a bit. I was going to race them, I just could never get close enough. I wanted to win that race bad.”

Leading 145 of 267 laps, Larson dominated Homestead for a second straight season. But, like 2016, he left with no victory.

However, finishing third, Larson ended the worst streak of his career. He had entered the finale with four straight DNFs and finishes of 39th, 27th, 27th, and 40th.

“It’s nice to see the checkered flag. Been about a month since I’ve seen one,” he said. “A good way to end the year. It showed we had a lot of speed all year long. Congrats to the No. 78, they were the class of the field. It’s neat to see the top three there — the three best all season. I wish I could’ve been a part of the Final 4.”

Ending his fourth Cup season with career-high numbers across the board (wins, top fives, top 10s, poles, laps led, and championship finish) Larson was happy to end the year with a hint of momentum heading into the offseason.

“Hats off to everyone on my team,” he said. “They bust their tails throughout the offseason which made us so good. I’m looking forward to our future.”

Kyle, you’re one hell of a driver and one hell of a gentleman!!! You let Martin and Kyle fight it out and didn’t get in their wsy, though you clearly had the faster car. I like the shot you gave Kyle, telling him to go get that championship! You’ve grown tremendously since the spin and win on Daytona’s backstretch a few years ago. You are a class act!