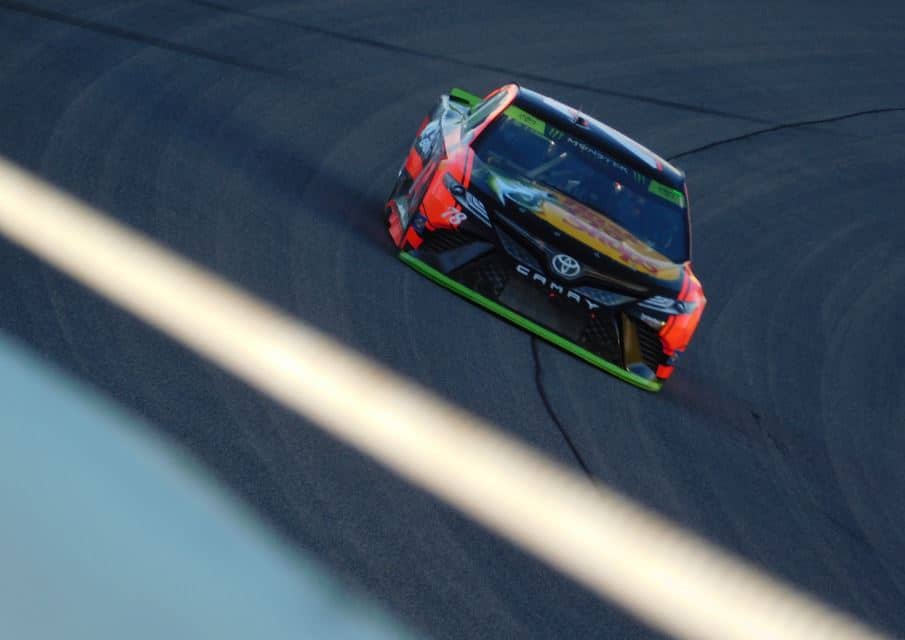 Three years later, he ended the 2017 season ranked number one in the sport.

Martin Truex Jr. earned his first MENCS championship in a thrilling finish at Homestead-Miami Speedway. Truex held off Kyle Busch in the closing laps to edge the No. 18 Toyota by 0.631 seconds.

It’s been a rough ride for this 37-year-old from southern New Jersey, a decade-long Cup career with stops at two teams no longer in existence (Dale Earnhardt, Inc., Michael Waltrip Racing). At one point, he lost a sponsor after an intentional spin by a teammate was aimed at putting Truex in the NASCAR playoffs.

Five years later, he capped a career year with the biggest trophy of them all.

“To think about all the rough days, the bad days, I never thought this day would come,” Truex said. “We didn’t have the best car, but I found a way. Don’t ever give up on your dreams, no matter what crap you go through.”

Perhaps it was only proper to have Truex and Kyle Busch fighting it out for this year’s title. After all, the two combined for 13 of the 36 race wins in 2017 and were dubbed the two favorites for the Homestead hardware.

In the end, Truex won out, his eighth victory which is the most in the Cup Series since 2010. It was also the first title for Furniture Row Racing, the little Denver, Colo.-based team that was little more than an afterthought at the Cup level until the past three seasons.

For Busch, runner-up was a brutal disappointment.

“It just came down to not having enough tire when I got to the No. 78,” Busch said. “I just overworked everything. I thought we had the best car today but I guess that’s why it’s called ‘racing.'”

The race seemed to hinge on pit strategy from Busch and crew chief Adam Stevens. During a late round of green-flag pit stops, the No. 18 Toyota stayed out several laps later than anyone else.

It cost Busch the lead but he was closing fast and would have won easily on fresh tires. The other trio of Championship 4 contenders also looked like they would have to stop again.

But then… a caution came. Kurt Busch smoking in turns 3 and 4 brought out the yellow and left Busch stuck in fourth.

“It did cost us track position, but I was all for it,” he said. “The last couple nights we’ve seen NASCAR leave it green, and they let them race it out, so I thought that was going to be kind of the strategy.

“But I guess when you’re going to win by 12 seconds or something, then you’d better get a caution when you can get one. I don’t know, I don’t know if there was really stuff out there. I didn’t see anything out there. Don’t know what was the leading cause to throwing the caution, but it’s always inevitable. It’s always going to happen. So I guess that just – we just didn’t think of it, and it bit us.”

After the final restart, Busch charged to second behind Truex but spent the rest of the race making up ground. As the two title contenders raced for the win and championship, Kyle Larson surged up to third. Though it seemed he let the two race it out, Larson was determined to take the race victory from both men.

“It seemed like the No. 18 was faster in the early part of a run,” Larson said; his No. 42 Chevy was the class of the field in the first two stages. “I was definitely better [than them] in front of me, but I was stuck in their dirty air. I couldn’t get close enough.”

Along with the championship on the line, Sunday was the final race for Dale Earnhardt Jr. in his Cup career. Matt Kenseth possibly ran for the last time while Danica Patrick will run only once more in next year’s Daytona 500.

The three were led by Kenseth, who finished eighth, with Earnhardt 25th and Patrick crashed out in 37th.

The right team and driver won the Championship no matter how you scored the points. That God for that. Now all the whiners and haters of the system can chill out until February 2018.