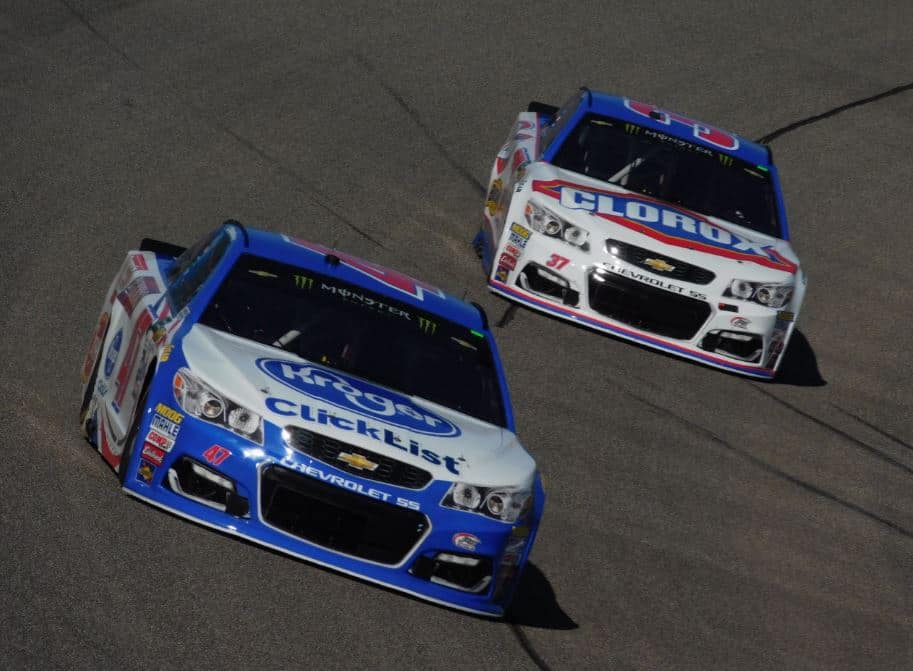 The Ford EcoBoost 400 at Homestead-Miami Speedway wrapped up the careers of Dale Earnhardt, Jr., Matt Kenseth and Danica Patrick. It was also the Monster Energy NASCAR Cup Series championship race, which was claimed by Furniture Row Racing’s Martin Truex, Jr. with the race win.  These storylines dominated the broadcast during the race and the headlines afterwards, which is to be expected.

But the small teams of NASCAR’s top series were out there trying to maximize their much-smaller budgets, just as they do every week, and many of them completed a full season of events. This survival should be celebrated. While explaining their successes to a casual fan would be difficult, given the seemingly-small gains, their resourcefulness in their quest for better results is highly laudable. And everyone can understand and appreciate a good underdog story.

AJ Allmendinger drove his No. 47 to a 14th place finish, one lap down, for JTG Daugherty Racing, with David Ragan not far behind in 17th in his Front Row Motorsports No. 38. Aric Almirola took the Richard Petty Motorsports No. 43 to an 18th place finish in his final race for the team. Chris Buescher was 20th in the JTG Daugherty No. 37, which he will return to next season.  All of these performances were very good days for their teams.

Furniture Row used to grace this column weekly, but they’ve become the sport’s top team. Still, they are closing their No. 77 team due to lack of sponsorship – Erik Jones was 21st in the final race of his rookie season. Landon Cassill was 23rd in the Front Row No. 34, while Michael McDowell was 24th in his final race with Leavine Family Racing. Rookie Ty Dillon finished 26th for Germain Racing, while Cole Whitt came home a solid 28th in the TriStar Motorsports No. 72. Ryan Blaney struggled with his car all day, finishing in 29th in his final race in the Wood Brothers Racing No. 21.

Matt DiBenedetto wound up 30th, slightly off his usual 2017 finish for Go FAS Racing, which has improved the most of NASCAR’s small teams this season, boosting their average finish from 34th to 26th, while improving average qualifying from 37th to 28th.

Corey Lajoie was 31st for BK Racing in their No. 23,  while Jeffrey Earnhardt finished 32nd for Circle Sport/TMG. They were the final vehicles scored as running by NASCAR. Premium Motorsports’ Reed Sorenson was relegated to 35th after an engine failure, David Starr‘s brakes ended his day early with a 36th-place result in the MBM No. 66. Ray Black, Jr. was 38th after being black-flagged, and Joey Gase crashed the BK No. 83 just four laps in.

Thanks for paving the way @DaleJr! I’m gonna miss racing against you every week, but excited to carry on the Earnhardt legacy in @NASCAR. #Appreci88ion pic.twitter.com/YZ7P1pKN5r

Well today was a tough pill to swallow. We’d hoped to have a strong season ending race but it just wasn’t in the cards. We have ALOT to be proud of though. 9th in points. A win. 2 poles. Money raised for charity. Lots of new fans. The list goes on and on

Do the #DaytonaDay commercials start yet?

Earlier in the weekend, team owner Joe Falk told Frontstretch that he expects Hulu to return next season. This is great news for the Circle Sport/TMG team, which will also return driver Jeffrey Earnhardt.

I wouldn’t be surprised if they are not here next season. They had issues just paying for engines this year, so it is questionable if someone will even supply them Toyota engines.

I was going to take a really cheap shot with something like “sponsored by the IRS”. But decided that was low even for me.