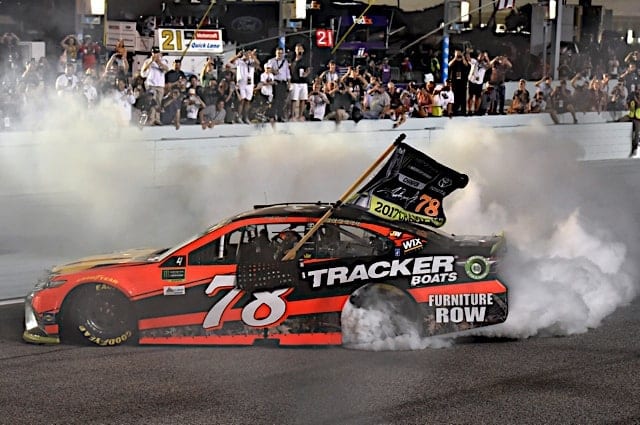 The Monster Energy NASCAR Cup Series finished off the 2017 campaign with a stellar championship battle this weekend. The finale has become an annual trip to the part of the country better known for alligators and pastel suits. South Florida set the scene and the title contenders delivered, with each of the four making a valiant effort to capture the prize.

In the end, Martin Truex Jr. did what he had done most of the season: win on 1.5 mile tracks. The difference this time was that he had to pedal hard in order to outpace Kyle Busch, who was in his tire tracks throughout the closing laps. For a driver who came into the season with seven career wins, it was stunning to see his No. 78 Toyota Camry in Victory Lane for the eighth time in 2017. While it certainly didn’t come easy, there’s no doubt that Truex was a deserving champion.

Now for the Power Rankings finale. Our brain trust assembled one last time to debate who else was deserving of a spot on the list and rank them as such. But did they get it right? Or do they only deserve to be shown the door? You decide.