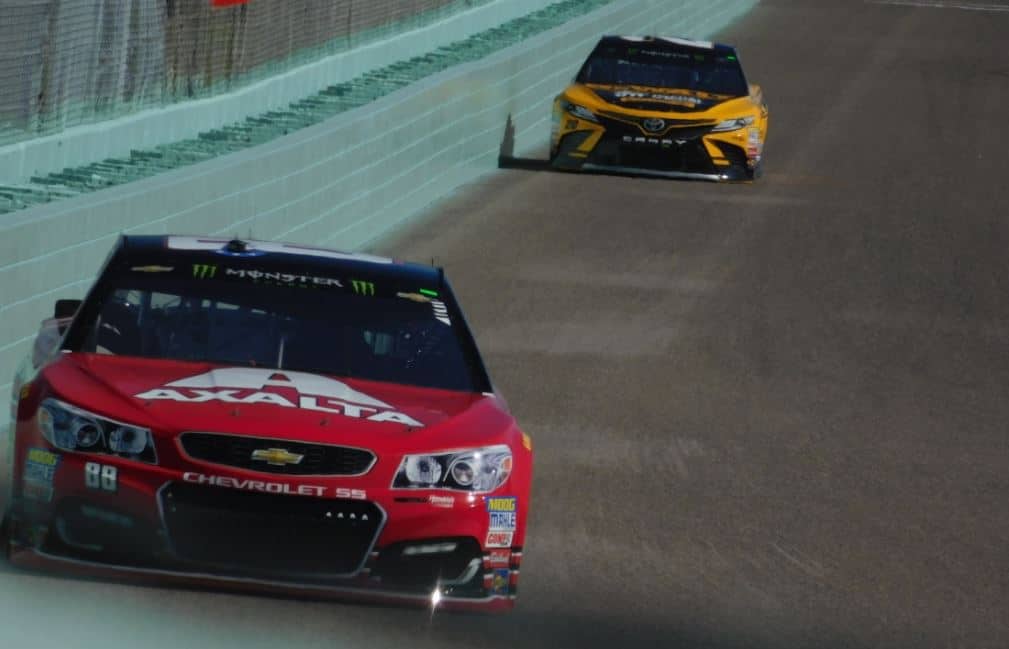 More than 15 years after being thrust into NASCAR’s brightest spotlight after the untimely death of his father, Dale Earnhardt Jr. has grown up and come into his own. He connected with fans in a way that’s become increasingly rare in sports: as a genuine, relatable person.  His Southern drawl and laid-back attitude made him seem like a boy next door, while his smart, well-spoken side appealed to sponsors and media.

While detractors take great glee in pointing out that there’s no title to go with his popularity, they overlook the 26 Cup wins that put Earnhardt inside the top 30 all-time in that category, with more wins than several of the sport’s champions amassed in their careers. Fred Lorenzen, a driver with 26 wins and no title, is a Hall of Famer and considering Earnhardt’s presence in the sport, it’s almost certain that he will be too.

But it’s not really the numbers that will be his legacy. Rather, it will be the way he engaged with fans, in some ways as the last of the blue-collar heroes of the sport. He’s been a tie to an earlier, easier time in the sport, a tie so strong that fans don’t even need to use his last name to know who he is; simply Dale Junior or even just Junior suffice.  Never mind that there are several other Jr.’s in the sport, including the newly-crowned champion, there’s only one Junior, and it’ll be that way for some time.

Call him a throwback if you will, but there aren’t many in the sport with that blue-collar appeal anymore. While his on-track numbers are nothing to sniff at, Earnhardt was much more than a set of statistics.  He is at once his father’s son and his own man.

Most everything about Kenseth is quiet. While he came through the ranks alongside Earnhardt, Jr., it was impossible to separate the two. There were championship battles in the XFINITY Series and a mostly unspoken deep desire to be the first of the pair to win at the Cup level.  That changed over the years, as Earnhardt’s popularity soared while Kenseth was the quiet one.

Stealth Kenseth was only quiet when there wasn’t a race on the line.  Scratch that; he was quiet even then, but inevitably, when the laps wore down and the race played out, he’d be there at the end, if not winning, then putting up top five after top five with mind-numbing consistency.

Many consider Earnhardt a Hall of Fame lock, and if that’s true, then it’s likely the two, who started their careers together, will enter the Hall together as well.  Every eligible driver who surrounds Kenseth within five spots on the all-time wins list is a member, making his inclusion a near-certainty. And if his press conferences through the years are any indication, his induction speech will be legendary.

Not unlike Earnhardt, Patrick came into the sport with unattainable expectations.  Mostly because she happens to be female, the hype surrounding her was more than any incoming driver really needs or deserves, but she handled it well, and made no bones about the fact that she was learning an entirely new style of car. Patrick raced under more scrutiny than any driver, except, perhaps, for Earnhardt. In some ways, she failed. She never scored a top-five finish in Cup competition.

But Patrick’s impact goes far beyond the numbers. A generation of young girls saw a woman racing with the best in the sport and holding her own. Girls saw the possibility of a future in racing.  Perhaps, then, it’s down the road a piece that Patrick’s legacy will be realized, when the next female star enters the sport. Eventually, a woman will win in NASCAR’s top series, and perhaps it will be one of the girls who wanted to be like Patrick when she grew up.

Gaughan is one of the people who made the sport fun.  Maybe he was a better driver than the numbers show, and maybe not. But what he certainly has been is outgoing and gracious to fans. He knows many of his staunchest supporters by name and greets them like old friends.

I’ll remember Gaughan for the stories he tells.  From the casino to the desert to the highway, the tales he tells could fill volumes, and he’s a natural storyteller. His recollections of events are so outrageous and so unerringly human at the same time that it’s easy to picture everything that went down, though often with a slight feeling of disbelief that anything like what he told could have actually happened in real life. Often when the tape recorder was turned off, the stories continued, including parts that weren’t necessarily appropriate for public consumption.

Gaughan never pulled any punches; he’s honest in his assessments of racing and life. You left a conversation with him feeling like you were talking to an old friend.  No matter how his race weekend was going, there was always a smile when you talked to him. Fans often lament that drivers aren’t fun anymore, but Gaughan never stopped being that guy.

For some fans, Mears will forever be marked as a driver with just one win despite a family name that was synonymous with winning.  I often wonder if his career would have gone differently if he’d won at Homestead in 2005 when, after dominating late, his fate was determined by a questionable caution for a spring rubber on the apron of the track.

There was also a postrace altercation with Marcos Ambrose a couple of years back which was notable in that it was a fight between two of the most laid-back people in the sport and maybe the universe.

To me, though, Mears was, along with Gaughan, a driver whom I could count on to give honest, thoughtful assessment on anything I needed it on. Always gracious with availability, he was the first really big time driver I interviewed when he drove for Hendrick Motorsports and I was just a few years into writing about the sport. We worked on a driver diary for Frontstretch for a year or so as well, and a couple of longer feature stories as well as some smaller projects. I always appreciated the time he freely gave and the honesty with which he spoke. Like every person on this list, it wasn’t about the driver on the track so much as the person off of it. Working with Mears and a few others along the way has made me a better writer, and that to me will always be the thing I remember—and appreciate—the most.

Five different drivers, five different directions to walk away, five examples of the very best the sport has to offer.  Thanks, guys, for everything.

Very quietly, Saturday's @XFINITYRacing race at @HomesteadMiami might be the last #NASCAR contest for @CJMearsGang, and he's come to terms with that: https://t.co/XgBXt3ihsM #NASCAR

When I think of drivers walking away from the sport, I always think of Harry Gant. No good-bye tour, no big to-do, when he was done he went home to the farm and ever since then he’s rarely been seen anywhere near the spotlight. I know Carl Edwards did pretty much the same thing, but I’m not quite sure we’ve seen the last of Edwards.

Didn’t Bobby Isaac drive into the pits during a race, climb out and walk away?

Ned Jarrett never got a farewell tour either.

Too many drivers got farewell tours that lasted about ten years.

You’re right…. it was in 1973 at Talladega. He eventually returned to racing but not that year. Ironically, he pitted iduring a race at Hickory. And subsequently collapsed on pitt road and died from a heart attack due to heat exhaustion.

Actually, I was fairly (pleasantly) surprised that Jr’s farewell tour was as low key as it was, I expected a totally over the top non-stop gushfest that would turn off a saint. Sort of like what killed Patrick in her first couple of years. But it was relatively non-annoying, as these things go in the world of slathering hero worship that we live in. It’s a shame about Kenseth though, totally outperformed Earnhardt and in the end is quietly shown the door. A disgrace, really, by all who participated in it, especially Gibbs, Toyota and Nascar.