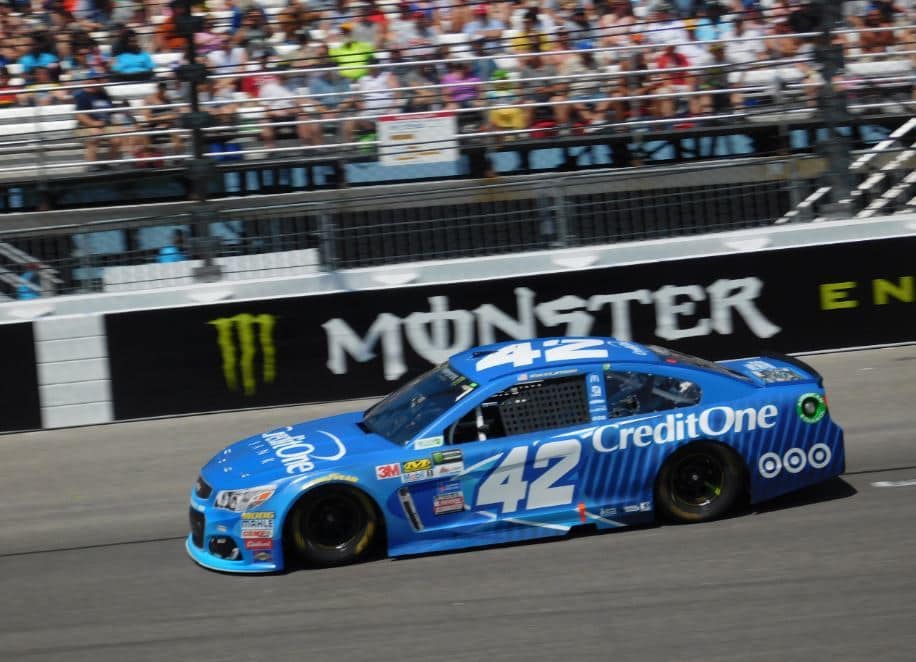 On Tuesday evening, Chip Ganassi Racing announced that Credit One Bank has signed a multi-year deal to return as a primary sponsor on Kyle Larson‘s No. 42 Chevrolet.  With Target leaving the team, Credit One Bank is substantially increasing their sponsorship of Larson so that they will have the largest chunk of races on the No. 42 going forward.

Larson is very happy to see Credit One Bank expand their role with the team.

“It’s great that Credit One Bank will be expanding their partnership with our team next season,” Larson stated.  “It’s been cool to see their excitement and interest in our team and NASCAR grow throughout this year. We’ve had some exciting races with them on board, and hopefully there’s more to come next year.

In addition, Credit One Bank will continue to serve as an associate sponsor on Jamie McMurray‘s No. 1 Chevrolet.  That separate deal is through the end of 2018.