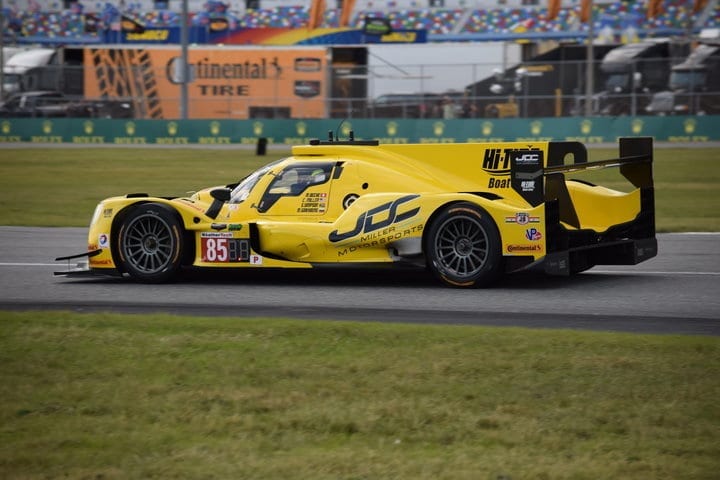 On Wednesday, JDC/Miller MotorSports announced that they have signed Simon Trummer to drive the team’s new second full-time ORECA 07-Gibson in 2018.  The new car will use No. 84.

Trummer is very excited about his new venture.

“I have always wanted to race in the US and IMSA at the moment is for sure very attractive with all the new cars and manufacturers joining the championship,” Trummer said in a press release.  “JDC-Miller had an incredible season in their first year competing in Prototype and when they decided to expand to a two-car program for 2018 we started discussing the possibilities of doing something together.”

Team co-owner John Church feels that Trummer is an excellent fit for the Minnesota-based team.

“With the team moving to a two-car program in 2018, we felt it was important to include someone like Simon to our program that knows the car and fits very well into our program on a personal side,” Church said.  “When he tested with us at Sebring, he was right up to speed for being at the track for the first time while also driving on a new tire.  More importantly, he fit right into the entire group, it was like he had been with us all year.”

Trummer comes to JDC/Miller MotorSports after spending the last three years racing full-time in the FIA World Endurance Championship.  2015 and 2016 was spent racing ByKolles Racing Team’s CLM P1/01.  The team struggled to find the proper pace in the LMP1-L subclass.  In 17 starts, Trummer’s best finish was a sixth at Spa last year.

For 2017, Trummer ran full-time in CEFC Manor TRS Racing’s No. 25 ORECA 07-Gibson alongside Roberto González and Vitaly Petrov.  However, the team had their struggles throughout the season.  Fifth-place finishes in the final two races of the year (Shanghai and Bahrain) were Trummer’s best runs of the season.