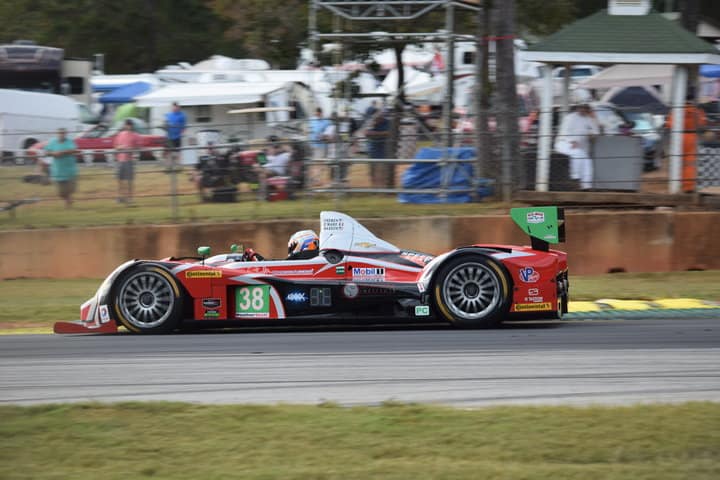 On Thursday, Performance Tech Motorsports announced that they will move up to the top-flite Prototype class in 2018.  They will replace their Prototype Challenge class ORECA FLM09-Chevrolet with a brand new ORECA 07-Gibson.

For team owner Brent O’Neill, working with familiar people is key for this move.

“We know everybody going into this,” O’Neill stated in a press release.  “Everyone is expecting to see Dallara or Ligier but we look forward to continuing the relationship we’ve built over the years it was the right choice for us.  It’s a big step for everybody but it’s a less steep curve to continue with ORECA because we’ve been working with them all along. ORECA was a part of our success this year.”

The decision to stay with ORECA allows Performance Tech Motorsports to maintain a long-standing relationship.  The Deerfield Beach, Fla.-based team has been racing ORECA chassis since their days in the American Le Mans Series.

ORECA Technical Director David Floury is very happy that Performance Tech Motorsports has decided to stay in the ORECA family.

“We are really glad to partner [with Performance Tech Motorsports] in moving up to LMP2,” Floury stated.  “The team is strong and has shown it in LMPC and we have developed a very good relationship through the year.  ORECA will for sure support as much as possible to help Performance Tech continue to achieve success.

“I think they chose the right car for two main reasons,” Floury continued.  “Firstly, the ORECA 07 is known for quality and has proven its speed and reliability.  But besides this, it is a good base for teams that are entering the category for the first year to achieve great results.  [JDC/Miller MotorSports] in the USA or [GRAFF Racing] in Europe have really demonstrated this in 2017.  The second point is that Performance Tech [Motorsports] and ORECA have developed a strong and successful relationship through years. This will enable to gain valuable time and speed up the process.”

Following the ALMS/Grand-Am merger, the team has run competitively in the Prototype Challenge with a revolving door of drivers alongside James French.  In 2017, the team came into their own in a depleted class.  Performance Tech Motorsports signed Pro Mazda standout Patricio O’Ward to drive full-time alongside French.  Kyle Masson joined up for the endurance races, while Nick Boulle raced at Daytona.  The result was that French and O’Ward were generally a second or more faster than their competition for the entire season.  The team started the year with seven consecutive victories, clinching the title at Road America in August.  A chance at a season sweep ended with an early crash at Road Atlanta in October.

The team has not announced their drivers for the full 2018 season as of yet.  However, the driving lineup will be officially announced prior to January’s Roar Before the 24.