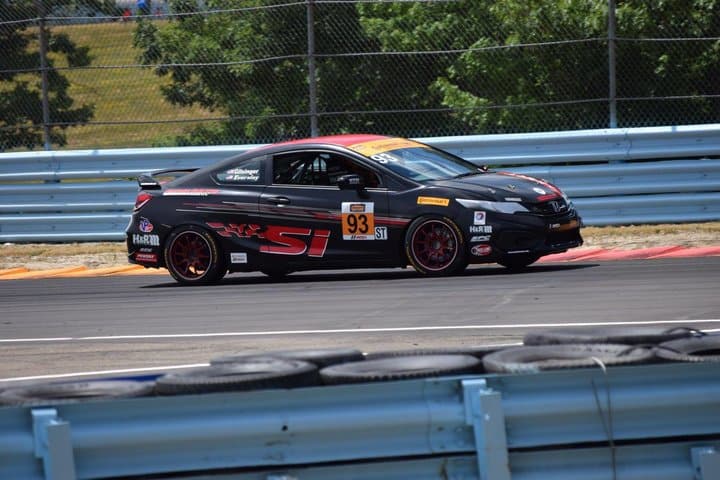 On Thursday, the Honda of America Racing Team (HART) announced that they will return to the track as a team in 2018.  They will compete in the four Tequila Patron North American Endurance Cup races with one Acura NSX GT3.  Ryan Eversley will return to the team, along with longtime driver Chad Gilsinger.  The remaining drivers (one for the four-race schedule, plus one more for Daytona only) will be announced at a later date.

For the Atlanta-based Eversley, he’s very pleased to be back with HART.

“I’m very happy to be rejoining HART in IMSA for next year,” Eversley stated.  “We’ve had some really good success together in the past and I’m honored that they would choose me to drive for them while taking on the biggest challenge in their programs history.  The team learned a lot working with Michael Shank Racing last season and with my background in the NSX I think together, we’ll be in the hunt for the NAEC championship.”

In 2017, Eversley raced full-time for RealTime Racing in Pirelli World Challenge.  With a new car to develop, there were a series of growing pains.  Eversley finished 13th in GT Sprint with a best finish of eighth (three times).  In Sprint-X, Eversley and Tom Dyer finished joint ninth in points with a best finish of second in the second race at Utah Motorsports Campus.

For Gilsinger, an R&D engineer for Honda by day, Daytona will mark his debut in the IMSA WeatherTech SportsCar Championship.  He’s definitely excited.

“This is definitely a dream come true for me,” Gilsinger said.  “This is what I have been working towards since I started driving and am very honored to take this next step with my team, my co-workers, and my friends.  They all have been instrumental in getting us here and I’m glad they trust me enough to put me in this position.  Of course I also have to thank HPD for this opportunity and Honda of America Manufacturing and PMC for their support of our team.”

Note that PMC is the Performance Manufacturing Center, where all NSXs are currently built.  HART is based at the Transportation Research Center at the edge of the Honda R&D Americas facility, where Gilsinger works.  Gilsinger was active in the development of the street version of the NSX, but has only limited experience in the NSX GT3.

HART has raced off and on since the late 1980s.  The team most recently raced in the IMSA Continental Tire SportsCar Challenge’s Street Tuner class from at least 2008 to 2016.  The team first competed full-time in the series in 2012.  Since 2012, the team has earned five class victories.  Gilsinger has co-driven in all five.  Michael Valiante co-drove in the team’s two victories in 2012, while Eversley (pictured above at Watkins Glen in 2016) co-drove in the other three.

The team has not officially raced since the 2016 IMSA Continental Tire SportsCar Challenge season finale at Road Atlanta.  For 2017, members of the team (all of whom actually work for Honda of America in Marysville, Oh.) helped out with the factory-backed Michael Shank Racing with Curb-Agajanian team.  There, they learned the ropes of racing in the IMSA WeatherTech SportsCar Championship and got themselves some hands-on training with the Acura NSX GT3.  The goal was to save their resources and eventually be able to field their own car.