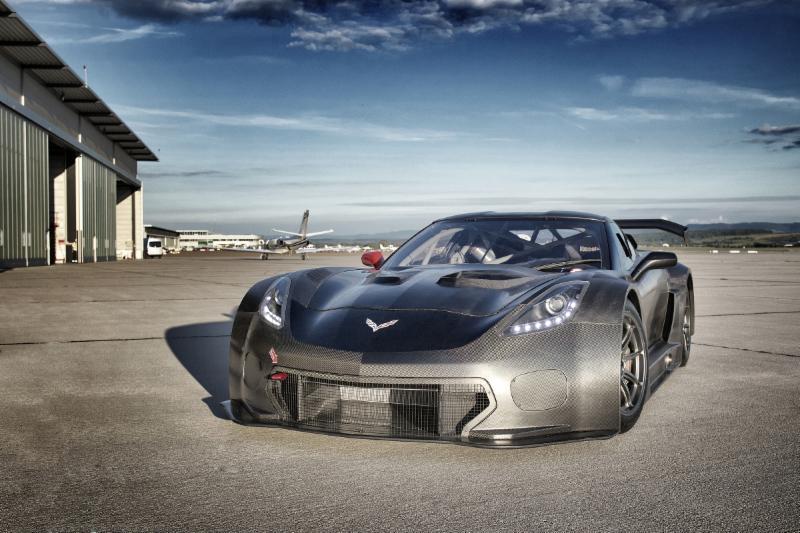 “We are proud to have Daniel [Keilwitz] and Michael [Cooper] on board for our 2018 effort,” Callaway stated.  “Both drivers have won several championships and will be excellent brand ambassadors for the Corvette C7 GT3-R’s debut year of American Competition. Daniel brings with him a wealth of knowledge about our team and the car, and Michael has years of experience on the tracks we’ll be competing on. Together, with the team we’re assembling, this will be an excellent program to show our future customers what the Corvette C7 GT3-R is capable of.”

Cooper was on-site in Indianapolis on Thursday.  He’s very happy to move into a new GM-based car.

“[The new effort] is incredibly exciting,” Cooper said during the press conference.  “This car has already proved itself outside of the United States.  It’s won the ADAC [GT Masters] championship in Europe, it’s won races.  To be able to have a car that you know is going to be there and be able to run up front, I’m very excited about that.”

Cooper is a multiple-time champion in Pirelli World Challenge at every level that he has raced at.  He won the TC class championship in 2012 in a Mazdaspeed 3, then won the GTS title in 2015 in a Chevrolet Camaro Z/28.R for Blackdog Speed Shop.  In 2017, Cooper and Jordan Taylor combined to win the Sprint-X championship.  He combined that with a third-place finish in GT Sprint points to finish second in overall GT points for Cadillac Racing.  Cooper has 19 career wins in Pirelli World Challenge (10 in TC, five in GT and four in GTS).

The Callaway Competition USA team will be a mix of people that are experienced with the Callaway Corvette C7 GT3-R and what Cooper described Thursday as “locals.”  Those locals are people who have experience in Pirelli World Challenge.

On the Callaway side of the equation is Keilwitz, a 28-year old racer out of Germany.  Having never raced in the United States, Keilwitz is primed for the challenge.

“I’m really looking forward to join Callaway Competition [USA] for the Pirelli World Challenge in 2018,” Keilwitz stated in a press release.  “I have done a lot of races for them in Europe and now I’m really happy to join them also in the USA for my ninth year with the team. The car is really amazing and was performing really well in Europe against all the big manufacturers, so I’m sure that it will perform also well in USA. Of course we have to get some experience with the car on the new tracks, but we also bring a lot of experience from Europe to the USA from the past two years racing with this car. We clearly want to show that the Callaway C7 GT3-R is a great performing and winning car. I’m really proud to be part of this team.”

Keilwitz has raced with Callaway Competition in ADAC GT Masters since 2011, first in the Chevrolet Corvette Z06.R GT3, then in the current Callaway Corvette C7 GT3-R.  In that time, Keilwitz has won 18 races for the team (including two in 2017 in a part-time schedule) and won the 2013 championship.

For 2017, Keilwitz’s primary ride was the No. 333 Ferrari 488 GT3 for Rinaldi Racing in the Blancpain GT Series Sprint Cup (shared with Alexander Mattschull).  The year was a struggle for Keilwitz as he failed to score a point in ten races.  His best finish was a 14th in the Main Race at Misano in April.

Even though Callaway Competition USA showed off a C7 GT3-R with the No. 28 on Thursday, it was a plain car similar to the picture above.  The team plans to unveil their primary paint scheme and the two additional Sprint-X drivers for 2018 at a later date.