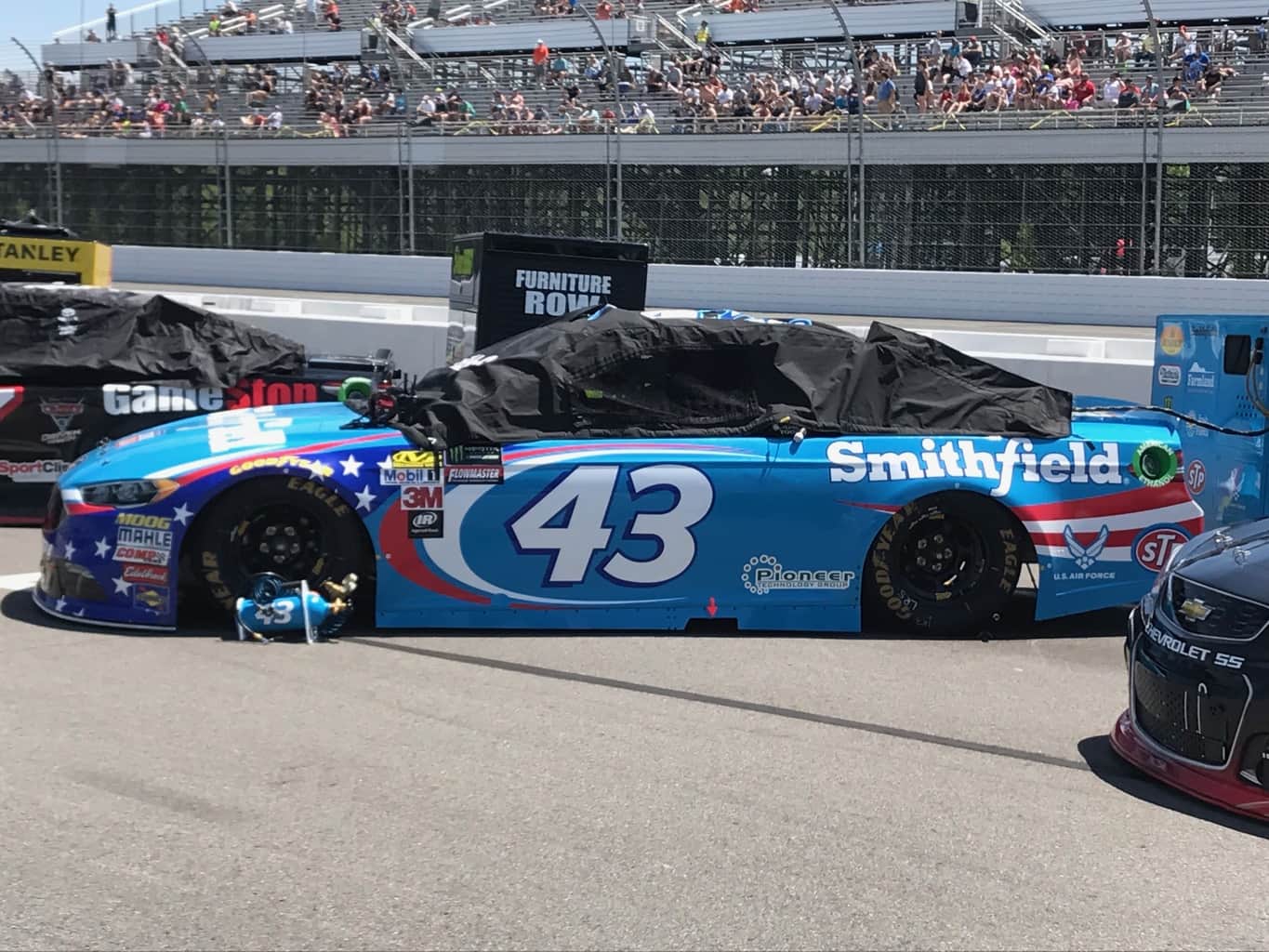 On Friday morning, Richard Petty Motorsports (RPM) announced that they have entered into a partnership with Richard Childress Racing (RCR).  As a result of the deal, RPM will switch from Ford to Chevrolet, receive chassis and engineering support from RCR and use ECR Engines.  Finally, RPM will relocate to a new shop in Welcome, N.C. close to RCR.

To Richard Petty, the alliance is a new era for RPM.

“This is our next chapter of Petty racing,” Petty said in a press release.  “We need to provide [Darrell Wallace Jr.], Drew [Blickensderfer] and the rest of the team with the tools necessary to be successful on the track, and I feel strongly this is the best move for RPM, our partners and everyone involved with our team.  Chevrolet has been a consistent winner in the Monster Energy NASCAR Cup Series for a long time and we’re proud to be a part of the GM family again.  We feel we can immediately win with Chevrolet and our new association with RCR.”

For RCR owner Richard Childress, joining up with RPM is great for the team.

“We’ve had a tremendous amount of success through our team partnerships over the past several seasons,” Childress said.  “To bring a storied organization like Richard Petty Motorsports on board as a partner is a win for each of our organizations.”

With the addition of RPM to the fold, RCR will continue to be allied with multiple organizations in 2018.  Germain Racing is still in the fold with Ty Dillon in the driver’s seat.  JTG-Daugherty Racing has sought a technical alliance with Hendrick Motorsports for 2018, but will continue to use ECR Engines next season.

Wallace is looking forward to the new alliance and his rookie season in the Monster Energy NASCAR Cup Series.

“I’ve had some great memories with Chevrolet and I’m ready to make a lot more,” Wallace said.  “The entire RPM team is ready for 2018, and now we have a big piece of the puzzle put in place.  We’re all eager to start preparing our No. 43 Camaro for 2018, working and creating new ideas with RCR.  This is a new journey and we’re all ready to begin it.”

While RPM itself was never a Chevrolet team, the move is a return of sorts for the Pettys.  Petty Enterprises campaigned General Motors products on multiple occasions during the team’s long history.  Some of the team’s earliest successes came in GM cars.  In the modern era, Petty Enterprises competed with GM products from 1979-1983 and 1986-2000.  The team raced Chevrolets for parts of the 1979, 1980 and 1981 seasons.  In addition, the majority of the late Adam Petty’s NASCAR starts (including his only Cup start at Texas in 2000) came in Chevrolets.

RPM’s move to Welcome, N.C. is already underway.  The team plans to be situated in their new facility by an undisclosed date in January.

How did RPM/RCR keep this a secret all this time? There was a lot speculation about RPM demise and counting them out. But no rumors of these events! The media is losing their credibility as investigating journalist. They just phone it in or make up stuff.

And whats the story from FORD? They had a great opportunity for being a sponsor of minorities/diversity, twice. Xfinity with Roush and ME Cup with RPM. They must know something about ‘Bubba’ that we don’t. Darrell Wallace Jr. sounds unlikable/jerk in interviews.

perhaps the reason you didn’t hear anything was that nobody wanted to be the one to post really negative stuff about Petty. As for Ford, I doubt that they have any loyalty to RPM as he hasnt shown any to a manufacturer.