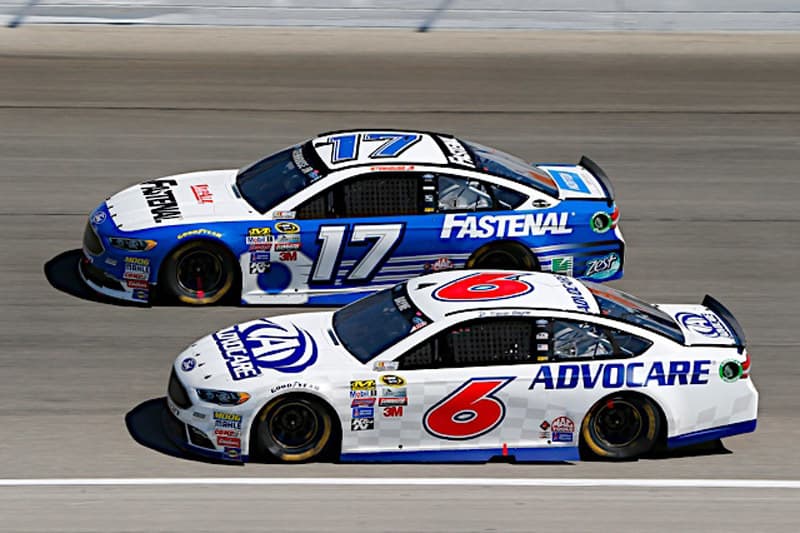 Different verse, almost the same as the last. 2017 was another year of disappointment for Roush Fenway Racing for the vast majority of the year. Were it not for the first two wins of his career for Ricky Stenhouse Jr., it would have been a third winless season for the once-dominant team.

The long-in-the-tooth organization was the reason for teams’ limitation to four full-time cars thanks to its dominance at the end of the first decade of the 2000s. Roush won back-to-back titles in 2003 and 2004 but since 2012 has not had a driver come home in the top five in points. Stenhouse’s run this year was the first finish in the top 15 since Carl Edwards in 2014.

The dependence of race teams on simulation has impacted RFR harder than most of the other teams in the garage. A flaw in its simulations several years ago put it behind the rest of the sport, and it still havs not rebounded. Listening to Brad Keselowski will give you the opinion that the Ford teams are going to be at a disadvantage in 2018. That could be a tremendous hurdle for the RFR camp considering its lack of performance in 2017.

The 2017 season saw Stenhouse finally break into Victory Lane for the first time in his five-year Cup career. He grabbed the trophy at Talladega and proved it was no fluke by scoring another win at Daytona. Trevor Bayne, the other RFR driver, managed two top-five finishes this season, third at Talladega in the fall and fifth at the second Michigan race. The wins for Stenhouse were a bright spot on an otherwise dismal season for the organization.

As the year began, Stenhouse came out of the blocks strong after being crashed out of Daytona. He managed four top-10 finishes in the first nine races before his victory at Talladega.

Unfortunately for Stenhouse, from that win until Martinsville at the end of the season, he was only able to finagle two top-10 runs, including his win at Daytona. Finishes of 25th, 15th and ninth were far from impressive in the first round of the playoffs, but he did manage to advance to the second round. Unfortunately, after a 13th-place finish at Charlotte, he crashed out at Talladega and Kansas, and his playoffs ended at the close of round two. At the end of the season, it was a 13th-place finish in points for Stenhouse.

Bayne finished fifth and seventh in back-to-back races in the middle of the summer. That was the highlight of his season. Bayne was 21st in points when the cut for the playoffs was made and ended the season 22nd in points. Whether it is considered harsh or not, Bayne has done basically nothing since his Daytona 500 win in the Cup Series, and he’s not putting fear into anyone that has to compete against him.

By the numbers, Bayne finished 2017 with two top-five finishes and six top 10s. Stenhouse came home with his two victories, four top fives, nine top 10s and a pole. Stenhouse’s wins were the first for Roush in three years, and his 13th-place finish in points was the best since Edwards knocked out a ninth in 2014.

RFR had moments in 2017 where it looked to be turning the corner. It’s mixed up some of its personnel and continues to work on refining its simulation systems to attempt to get on the same playing field with the rest of the series. The problem seems to be that it isn’t working with Team Penske and Stewart-Haas Racing as closely as it should. The Ford camp had strength in the cars of Kevin Harvick and Keselowski, but the rest of the Blue Oval camp was behind. 2018 is going to be a challenging year without a redesign of the Ford platform, while Toyota refines its title winning effort and Chevrolet releases a new model.

The RFR organization continues to hang its hat on its young drivers, and that could be a coup if it starts to win large numbers of races. Unfortunately, it has not sniffed a win outside of the plate tracks for years. With the Fords being at a disadvantage in 2018, perceived or real, they have to all band together if they’re going to mount a challenge to Toyota and Chevrolet. For RFR to be an integral part of that challenge, it’s going to have to get in elbows deep and work with Penske and SHR to make its cars faster. If it does that and its drivers don’t perform to the level of the rest of the Blue Ovals, it will be time to look for some new shoes.