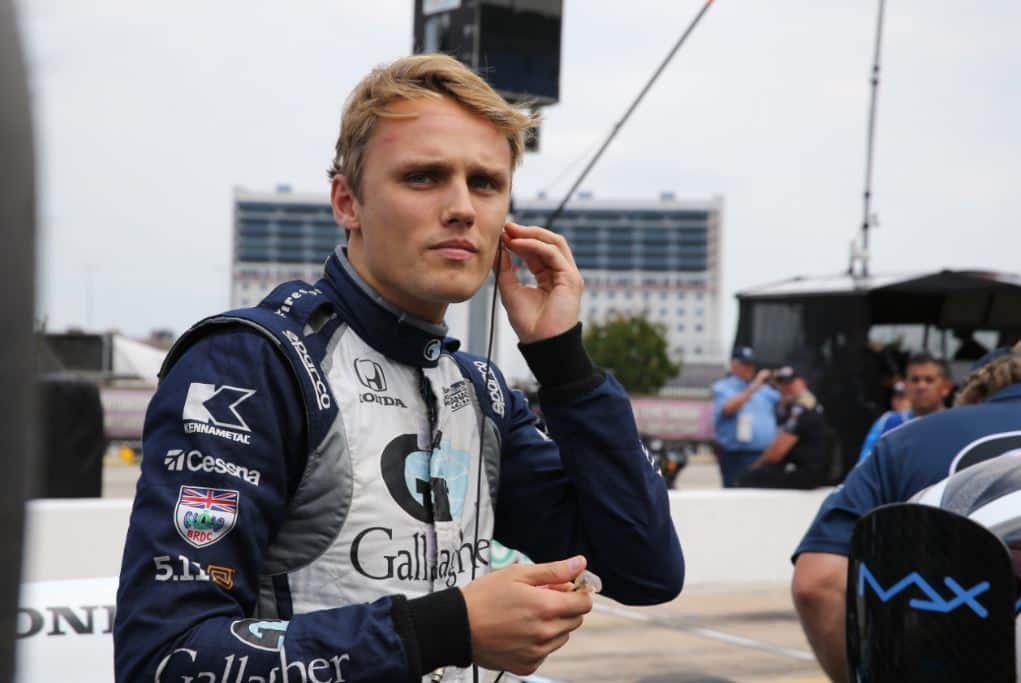 Carlin will move into the Verizon IndyCar Series next season and field two full-time entries for Charlie Kimball and Max Chilton.

Kimball and Chilton competed with Chip Ganassi Racing last season, but the team has downsized from four full-time cars to two. Ganassi decided Scott Dixon and Ed Jones would be its drivers, while Kimball and Chilton were left to look for opportunities elsewhere.

Carlin, which has been in existence since 1996, has been in developmental open-wheel series in both the United States and Europe. It will become the first British team in the modern IndyCar Series era.

“We’re delighted to finally be able to announce our entry into the Verizon IndyCar Series, the result of a long-term ambition of the team,” Team Principal Trevor Carlin said in a statement. “To be joined on that journey in our debut season by brands such as Gallagher and Novo Nordisk and with drivers we already have a race-winning history with in Max and Charlie, is beyond what we could have expected. By no means do we underestimate the challenge and competition that lies ahead, but I have great faith in the young and passionate team that our team Manager Colin (Hale) and I have put together.”

Chilton will continue to be sponsored by Gallagher. He finished 11th in the 2017 IndyCar standings. The highlight of his season was his fourth-place finish in the Indianapolis 500, where he led 50 laps.

“I am super excited for 2018 as Carlin is like family to me. Having raced with them on and off since 2009 and having had my most competitive years with the team, I know we can work toward great things in INDYCAR,” Chilton said. “The Verizon IndyCar Series is exceptionally competitive, but the introduction of the new aero package will help level the playing field slightly. I know that finding the maximum in a spec series like this is where Carlin really excels.”

Kimball raced for the team earlier in his career, too. Last season with Ganassi, he finished 17th in the championship. The most notable event of his year was winning the pole at Texas Motor Speedway, and leading 26 laps in the Rainguard Water Sealers 600 before suffering an oil leak failure.

“(Carlin) was a big part of launching my career when I raced in Europe and we had a lot of success together back in 2005 in the British Formula Three Championship,” Kimball said. “It seems like everything fell into place at the right time to have this opportunity to work with Trevor and the whole Carlin team again. I’ve already got two years of experience working with Max as a teammate, and I think our strengths and weaknesses will really complement each other as we begin this new adventure.

“Bringing Novo Nordisk into the fold, for our 10th consecutive year together, means a lot to me personally. They’re more than a sponsor—Novo Nordisk is a true partner, and I can’t thank them enough for their support.”

Carlin will use Chevrolet-powered engines for the upcoming IndyCar campaign. It has not announced plans for the 2018 Indy Lights season.