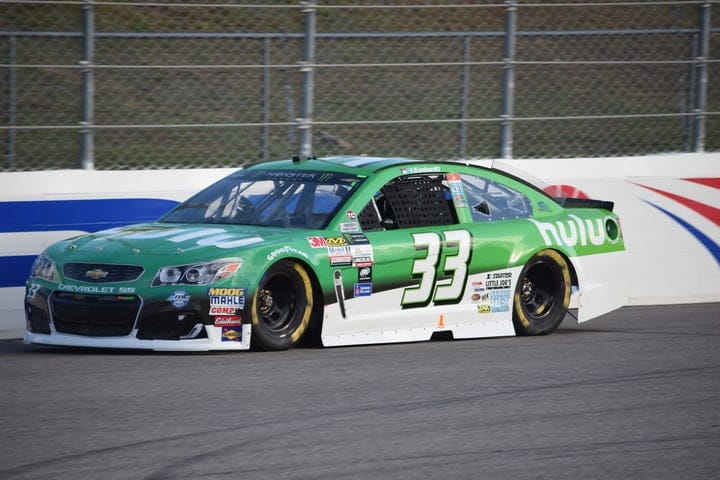 After one season together, Circle Sport owner Joe Falk has decided to leave his partnership with The Motorsports Group and has potentially left Jeffrey Earnhardt in limbo.

TMG, owned by longtime NASCAR owner Curtis Key, helped field the No. 33 Chevrolet in 2017, using Circle Sport’s car number and charter. The team will continue to field entries in the Monster Energy Cup Series, but it seems they will not be driven by Earnhardt. Considering Falk made the call to leave, he’s more than likely taking his charter with him as well. NASCAR rules also prevented him from leasing it.

“This is sudden for us but we put a plan together rather quickly,” Key said in the press release. “We’ve had discussions with potential drivers but it’s only been a day since the news and we have more calls to make, we look to have a driver announce[d] in early January.”

Key fielded a part time Cup team in 2015 after years of ownership in the XFINITY Series, going nearly full time in 2016 with Josh Wise. Late in 2016, Gray Gaulding was signed to make the first starts of his career in the No. 30.

Crew chief Eddie Purdue, who took over crew chief duties mid-season, will return to TMG in that position.

It’s unknown currently as to what Circle Sport will be doing next season as TMG sent out the lone press release announcing this move. This is the third partnership in the last three years for Falk, whose exit at Hillman Racing after 2015 led to a lawsuit that was eventually settled out of court and after a one year partnership with Leavine Family Racing. That one ended after NASCAR ruled that Falk’s charter was being counted as a lease that season and couldn’t be used by any team but a Falk owned team until 2021 unless Falk sold the charter. This is why Falk was the listed owner on the No. 33 this past season.

Earnhardt finished 36th in points after racing in every race outside of the road courses (ringer Boris Said stepped in for those races). It was a rather eventful season for the young driver; he began the season in a part-time role that could become full-time if sponsorship was found, and it was. Earnhardt landed a 19-race sponsorship with Hulu mid-season, with the streaming service on the car for all but five of the remaining races in the season at the time.

As of publication, there has been no word from either Earnhardt or Falk. Circle Sport-TMG announced that Earnhardt would return to the team for 2018 back in October, but it’s unknown exactly what will happen to either party. With his uncle Dale Earnhardt Jr. retired, Jeffrey is now the last of the Earnhardts in the Cup Series and if he doesn’t make it to Daytona, it would be the first time since 1978 that an Earnhardt did not compete in the Daytona 500.