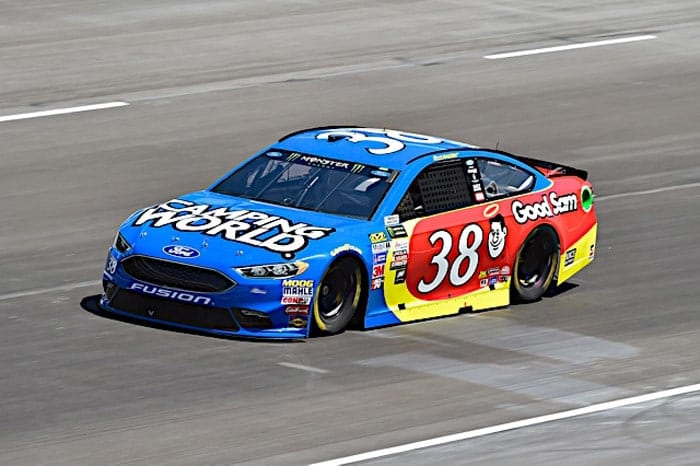 David Ragan will be returning for his fifth season at Front Row Motorsports in 2018, while Michael McDowell will replace Landon Cassill as the team’s second driver.

McDowell, 32, joins FRM after spending the last four seasons with Leavine Family Racing, finishing a career-high 26th in the championship standings in 2017.

In 2013, McDowell finished 38th in his lone start for Front Row Motorsports, placing 38th at Watkins Glen International. However, in 2018, he thinks he has a handful of shots at winning his first career Cup Series race.

“Since I first drove for Bob at Watkins Glen, we’ve kept in touch and have felt like there might be an opportunity to work together again, and the timing worked out perfectly,” McDowell said in a team press release. “As a team now, we go into the season knowing we have five or six races that put us in position to get a win and earn a spot in the playoffs.”

Ragan is coming off a season in which he drove the No. 38 car to three top-10 finishes, all coming at restrictor plate tracks. The Georgia native finished 30th in the point standings.

“Bob Jenkins [car owner]  and I have developed a good relationship over the years, both professionally and personally,” Ragan said. “I believe in this team and am proud to have been part of its growth and its successes.”

FRM will also receive a strengthened alliance with Ford Performance and Roush Fenway Racing. Additional details of crew chiefs, car numbers and sponsors will be announced  in the coming weeks.

Super spot for Michael McDowell. Can’t wait to watch him drive by Kasey the quitter.