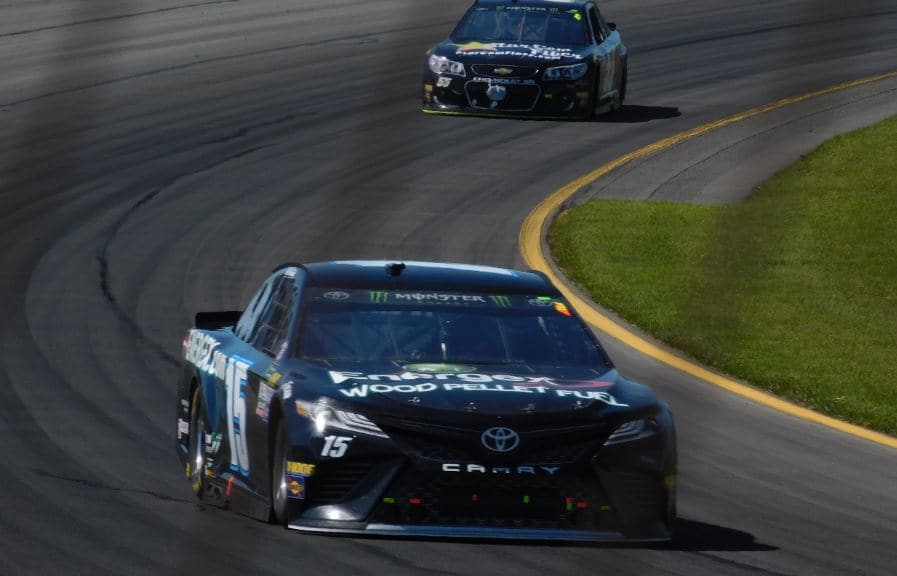 For NASCAR’s smallest teams, simply qualifying for every race could be considered a big deal.

Before the 2016 season began, Premium Motorsports was awarded a charter in NASCAR’s landmark ownership agreement, which would have guaranteed one of its cars a spot in all 36 races. However, the team decided to lease it out to HScott Motorsports for Michael Annett.

Premium fielded two open entries for a majority of the year and not always did they make the show. Reed Sorenson competed in 28 races while Cole Whitt ran 26. The team let go of Whitt a few weeks before the season’s end.

During the offseason, Premium reacquired its charter and announced it would be used for the No. 15 car in 2017. The team fielded Michael Waltrip in the No. 15 Toyota for his final start in NASCAR, the 59th annual Daytona 500.

Waltrip concluded his career by finishing eighth and giving Jay Robinson’s organization a positive start to the year. Altogether, Premium used 11 drivers throughout the season. Sorenson made the most starts — again, 28.

Until about the midway point of the season, Sorenson ran the No. 15, and Derrike Cope competed in the No. 55 on a part-time basis. The organization switched between Chevrolet and Toyota almost every week.

When BK Racing and Gray Gaulding went separate ways in June, Premium picked him up, and he made his debut with the team at Kentucky Speedway in July. Gaulding ran eight more events in Robinson’s cars.

In September, Premium absorbed the assets of Tommy Baldwin Racing. Tommy Baldwin Jr. became the competition director of the organization and crew chief of the No. 15, starting at Darlington Raceway. Pat Tryson also came aboard to crew chief the No. 55. He previously served the role at Circle Sport – The Motorsports Group with Jeffrey Earnhardt.

The following weekend at Richmond Raceway was arguably the low point of the year for Premium. With four laps remaining for race leader Martin Truex Jr., Cope brushed the Turn 3 wall and brought out a caution.

The yellow wiped out Truex’s comfortable lead. Kyle Larson wound up with the checkered flag and Truex wrecked with Denny Hamlin on the final lap. The No. 78 driver finished 20th and harshly criticized Cope. Ultimately, it gave the team a brief but negative moment in the spotlight.

“You’re out there dominating, and you know your car is not very good on restarts for a couple of laps,” Truex said. “Then, a caution for a guy who shouldn’t have even been out there. It’s kind of ridiculous.”

The next day, Cope left the team.

Throughout the playoffs, Premium used Sorenson, Gaulding, DJ Kennington, Mark Thompson and Ross Chastain. The No. 15 car finished 34th in the owner’s championship. The only chartered vehicles it finished ahead of was BK Racing’s No. 23 and Circle Sport – TMG’s No. 33.

For the second consecutive year, the car with Premium’s charter finished in the bottom three among all 36 chartered entries (Annett’s No. 46 car finished 36th in the 2016 owner’s standings — 35th among chartered teams). NASCAR has the right to revoke a charter if it finishes in the bottom three for three consecutive years. So, if it ends up 34th or worse again in 2018, Premium could have it taken away.

This gives the team two choices. It either must step up its performance and ensure that the No. 15 car finishes 33rd or better next year. Or, the team could sell or lease out its charter and potentially acquire a new one from a team that ranked higher in the owner’s championship.

A driver lineup has not yet been announced. Sorenson told The Racing Experts he’d like to return next year, though.

Premium’s goals should include posting top-30 finishes on race day and securing as much sponsorship as possible. Running cars with blank hoods and side panels is not cost-effective for Robinson, so he’ll probably look to hire a driver who can bring money to the table.

The team has competed with unsponsored cars throughout its tenure in NASCAR. A long-term marketing partnership would benefit the organization immensely. If Robinson could create one before February, it’d do this team wonders.