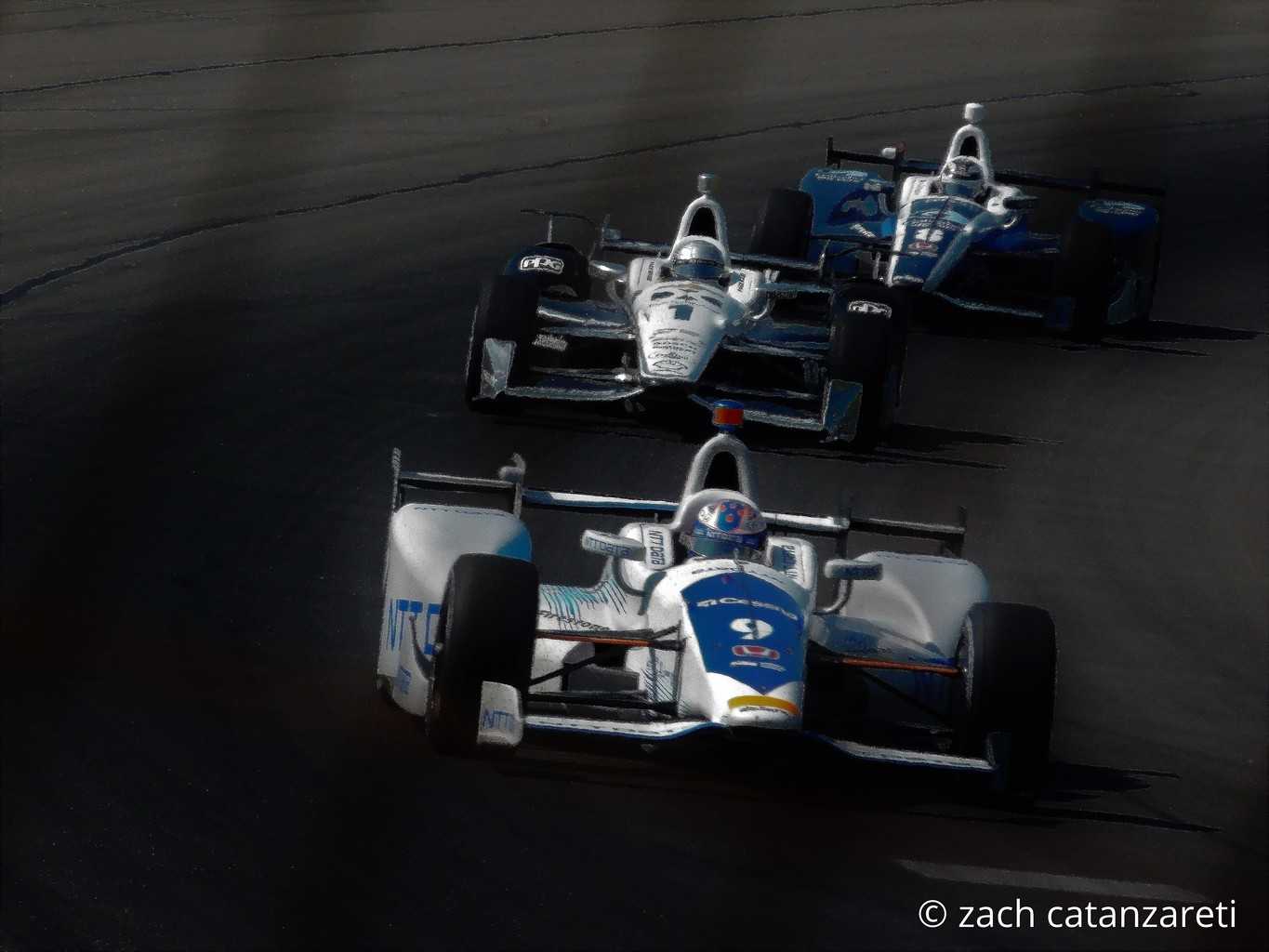 The team switched from Chevrolet to Honda and returned with the same quartet of drivers: Max Chilton, Scott Dixon, Tony Kanaan and Charlie Kimball.

However, Target, which had sponsored Dixon since 2002, ended its coalition with Ganassi’s open-wheel program at the conclusion of 2016. It remained a sponsor for one of the team’s NASCAR drivers, Kyle Larson. That partnership has now ended, too.

Dixon was the only driver to win for the organization. Excluding his seven podiums and victory at Road America, it was a miserable year for CGR. Kimball and Chilton both failed to score a podium. Kanaan had only one, which came at Texas Motor Speedway, where he finished second.

NTT Data was the primary sponsor for Dixon in 13 of 17 races. GE LED Lighting sponsored his No. 9 Honda at the season-opener in St. Petersburg, and Camping World was the sponsor for three races, including the Indianapolis 500.

Dixon had a tumultuous month of May. He won the pole for the 101st running of The Greatest Spectacle in Racing and was robbed at gunpoint just a few hours later. He and former teammate Dario Franchitti went on a late-night trip to a Taco Bell drive-through when two teenagers held a gun to Dixon’s head and asked him for his phone and wallet.

No one was hurt in the incident. Team owner Chip Ganassi even made light of the situation on Twitter.

There goes that Taco Bell sponsorship we were working on I guess. @scottdixon9 @dariofranchitti @EmmaDaviesDixon

For the 500, Dixon’s lead lasted only through the first five laps. On lap 53, he and Jay Howard wrecked, and Dixon’s car went airborne before violently hitting the infield barrier and coming to a halt.

Dixon walked away unscathed and merely said the crash was “a bit of a wild ride.”

Kanaan performed well on the ovals throughout the season. He earned top-10 finishes on all of them, including top fives in both 500-milers, Indy and Pocono. But the road and street courses were his Achilles’ heel. He had only two top 10s on those circuits — seventh at Barber Motorsports Park and 10th in race two at The Raceway at Belle Isle.

He won’t return to CGR next season. The 42-year-old veteran signed a multi-year deal with AJ Foyt Racing to drive the No. 14 Chevrolet.

Chilton and Kimball have completed their tenures with the team as well. Both drivers will compete full-time with Carlin’s new IndyCar team in 2018.

CGR, which has been a four-car operation for seven years, will downsize to two full-time entries in 2018. Dixon will remain in the No. 9, and Ed Jones will take over the No. 10. Jones won the 2016 Indy Lights championship and finished third in this year’s Indy 500.

The last time Ganassi fielded only two full-time entries was 2010, when Dixon and Franchitti were dominating the series.

The move should put less of a strain on the organization. All of its resources can be focused on two cars, which should improve the pace of both Dixon and Jones when 2018 arrives. The downside to downsizing the team is that it had to cut numerous personnel.

“With news like this comes contraction, and as such, we had to let a number of good people go,” Ganassi said when the announcement was made in September. “The decision was not taken lightly, but we felt it was best for our business. It is one of the toughest things you experience as a business owner, especially because I am all too aware that it is the people that make any company tick.”

Dixon finished third in the 2017 championship. If CGR’s decision to become a two-car effort pays off with more wins and better all-around performances from its drivers, both he and Jones could be in contention for the Astor Cup when the series visits Sonoma Raceway in nine months.

John Haverlin needs to get his facts correct. Scott Dixon and Franchitti did NOT have their wives with them when they were robbed.