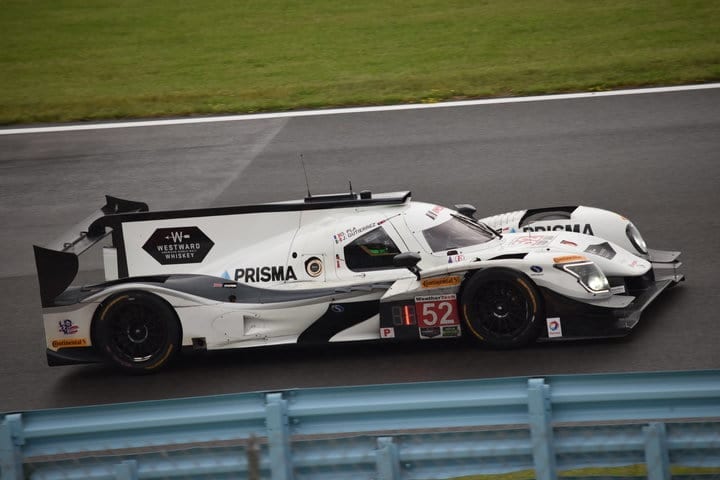 On Tuesday, PR1/Mathiasen Motorsports announced that they will join forces with AFS Racing for the 2018 IMSA WeatherTech SportsCar Championship.  The operation will be known as AFS/PR1 Mathiasen Motorsports going forward.  Primary sponsorship will be provided by Advanced Fire Sprinklers, Inc., which is owned by new team co-owner Gary Peterson.

Peterson is happy to join the fold.

“As a former owner & driver in open wheel racing I’m excited to be joining a great team by partnering with owner Bobby Oergel’s PR1 team,” Peterson stated. “Along with Bobby, I hope to continue on building the team along with Onroak for technical support.  With both our involvement we have been able to put a very good selection of drivers to run the races starting within weeks.  I look forward to learning as much as possible this coming season and helping everywhere I can.  Everything came together so quickly with the efforts of all parties working towards the goal of building a great team.  This wouldn’t have possible without the involvement of [new Commercial and Sporting director] Toni Calderon and Onroak Automotive.”

AFS/PR1 Mathiasen Motorsports Ligier JS P217-Gibson will be driven full-time by the Colombian duo of Sebastian Saavedra and veteran Gustavo Yacaman.  It should be noted that Saavedra has a long-standing relationship with Peterson that dates back to at least 2009.  Additional drivers for the endurance races were not announced.

Saavedra is looking forward to his first full season in IMSA.

“I’m very excited with this new chapter in my career, and very honored and humbled to be a part of building this new organization together with Gary Peterson and Bobby Oergel,” Saavedra said.  “It’s something that has been in the works for two years now and making it a reality is definitely one of the highlights of my career.  I’m looking forward on the whole concept of Team Colombia and building a very strong alliance and performance team in what will be a very competitive season in the IMSA WeatherTech SportsCar Championship.”

Saavedra has only three career starts in North American sports car series.  In 2012, Saavedra made his only start in the Grand-Am Rolex Sports Car Series in a GT-class Chevrolet Corvette.  He failed to finish.  Saavedra’s only starts in the then-TUDOR United SportsCar Championship came in 2014. Saavedra made two starts in a Riley DPG3 run by Starworks Motorsport.  Both efforts ended with engine failures.

Yacaman is looking forward to returning to the top Prototype class in America.

“I am delighted to be a part of this new adventure, and even better to have Sebastian [Saavedra] as my teammate,” Yacaman said.  “It’s the first time two Colombian drivers work together for one common goal, we will be an example for many generations to come.  Seb comes from INDYCAR where you need to drive at the very limit and push very hard every lap, so I am looking forward to learning something from him on that side.  On the same token, I have a lot of experience in endurance racing and really understand it well.  I know when to push and when to take a step back so I hope I can pass along what I have learned in the past five years to him.  For me, it’s also very special to be back in a Ligier and working with Onroak Automotive as I have had a lot of success in the past with this manufacturer.  I really look forward to build upon where we left off two years ago after a great couple of season in IMSA and WEC.”

Unlike Saavedra, Yacaman has competed full-time in the IMSA WeatherTech SportsCar Championship before.  In 2014, Yacaman drove full-time for OAK Racing.  The team started the season with a Morgan chassis before switching to the then-new Ligier JS P2-Honda.  Alongside Olivier Pla, Yacaman won overall at Canadian Tire Motorsports Park in the Morgan and had four podium finishes.

Since 2016, Yacaman has made six starts in the now-defunct Prototype Challenge class (two for Starworks Motorsport and four for BAR1 Motorsports).  In that time, Yacaman’s best finish has been a second at Road Atlanta in October.