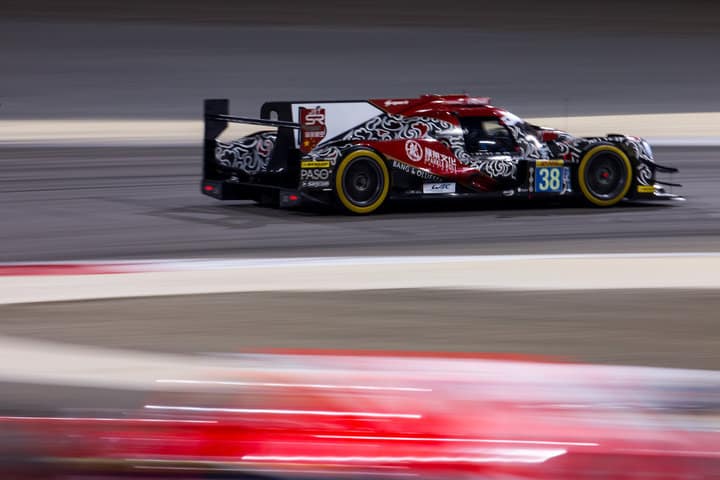 On Christmas Eve, Jackie Chan DC Racing JOTA announced their driver lineup for their second ORECA 07-Gibson at Daytona.  It is a mix of team regulars and a couple of newcomers.

Alex Brundle, who drove the team’s No. 37 full-time in the FIA World Endurance Championship this year, will be joined by Ho-Pin Tung, who drove the No. 38.  They are joined by a couple of newcomers.  António Félix da Costa is a Formula One prospect who will be making his Daytona debut.  Rounding out the team is 20-year old Ferdinand Habsburg, who will be making his sports car racing debut.

Brundle, the 27-year old son of former Formula One driver/current broadcaster Martin Brundle, is the most experienced driver of the quartet in the IMSA WeatherTech SportsCar Championship.  He’s looking forward to returning to the series.

“I am delighted to join Jackie Chan DC Racing JOTA for the great challenge of the 24 hours of Daytona,” Brundle stated.  “I have had a huge amount of enjoyment and success racing in the United States and I am really excited to be heading back to Daytona with such a strong team around me.  My teammates are talented and dedicated group of guys and we’ll be pushing incredibly hard for a good result that the 24.”

Brundle has seven career starts in the series, but none since the 2015 Rolex 24 at Daytona.  His best finishes are a pair of second-place finishes in 2014 for OAK Racing at Watkins Glen and Circuit of the Americas.  The run at Watkins Glen came with Tung as a teammate.  Brundle’s best run in the Rolex 24 at Daytona was a fifth in an ORECA 03-Nissan for Muscle Milk Pickett Racing in 2014.

Da Costa comes to Jackie Chan DC Racing JOTA with a background primarily in open-wheel racing.  However, he’s up to the challenge.

“I am really happy to compete in the Rolex 24 at Daytona, specially with such a strong team and driver line up,” da Costa stated.  “Looking forward to getting to grips with the car and the team which, having won Le Mans 24 Hours in 2017, is the perfect squad for my first Rolex 24 at Daytona.”

Prior to 2017, da Costa had no real sports car racing experience.  This past season, da Costa drove part-time in the Blancpain GT Series Sprint Cup in a BMW M6 GT3 for Rowe Racing.  Da Costa’s best finish was a fifth in the Qualifying Race at Brands Hatch in May.

For Habsburg, LMP2 is completely new territory for him.

“The 24 hours of Daytona has always been a dream of mine and I have always wanted to experience sports car racing,” Habsburg stated.  “To do both of these things with the dream Team of Jackie Chan DC Racing JOTA is just unbelievable. I’m going to have team mates that I really look up to and drive one of the most spectacular cars in the world. Thanks to the Team for giving me the opportunity and for putting two big ticks on my bucket list. Can’t wait for January!”

Habsburg comes to the team from an open-wheeled background.  Most recently, he raced full-time in the FIA European Formula 3 Championship for Carlin Motorsport.  Habsburg won Race No. 2 at the Circuit de Spa-Francochamps in Belgium and finished seventh in points.  In addition, he nearly won the prestigious Macau Grand Prix before going too hot into the final turn and crashing.

Despite the wreck, Habsburg still held on to finish fourth behind winner Dan Ticktum and fellow Rolex 24 debutante Lando Norris.

Jackie Chan DC Racing JOTA has still not announced which numbers that the team will be using in Daytona.  That will likely be revealed when the entry list for the Roar Before the 24 is released.