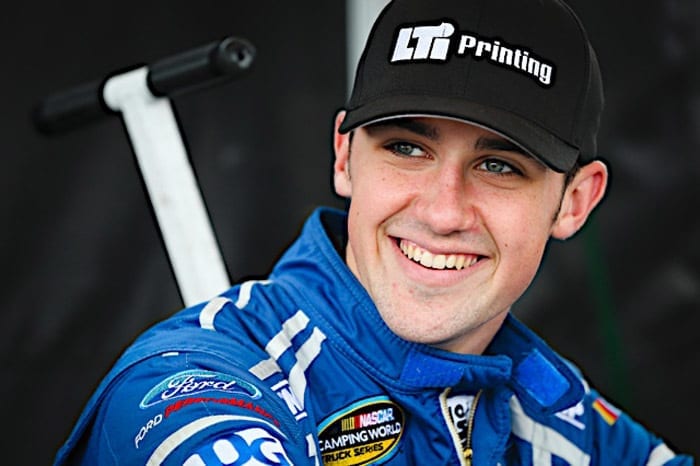 On Friday, JDC-Miller MotorSports announced that a couple of teenagers, Austin Cindric and Devlin DeFrancesco, will round out the driving lineup for the team’s No. 85 ORECA 07-Gibson (nicknamed the “Banana Boat”) at Daytona.  They’ll join up with regular drivers Robert Alon and Simon Trummer to form what could be a very quick quartet.

Cindric has plenty of sports car racing, having competed full-time in a couple of different series.  However, none of that experience has been in a Prototype.  Regardless, Cindric is out to surprise people.

“It is no secret JDC-Miller MotorSports surprised a lot of people this year, showing that this group is more than capable of fighting with the big dogs,” Cindric stated.  ” It will be my first race in a prototype, so I have plenty to learn and absorb from my teammates.  It is an exciting time in IMSA to be in a prototype, racing for an overall win, and I’m grateful to be part of it.”

Cindric comes to the team after spending the 2017 season racing full-time in the NASCAR Camping World Truck Series.  There, he claimed a controversial victory at Canadian Tire Motorsports Park after spinning out Kaz Grala on the final lap.  Cindric rode that victory and consistency into a berth in the Championship 4.  A fifth-place finish at Homestead resulted in Cindric finishing third in points.

Outside of NASCAR, Cindric drove in all four Tequila Patron North American Endurance Cup races in 3GT Racing’s No. 15 Lexus RC F GT3.  Cindric drove as a teammate to Alon in three of those races.  His best finish was fifth in the GT Daytona class at Watkins Glen in July.

For Cindric, the move means that he’ll be doing double-duty during both the Roar and Rolex 24 weekends.  Previously, Ford Performance announced that Cindric will be one of four development drivers racing for Multimatic Motorsports in the BMW Endurance Challenge at Daytona.  The team has not officially released the driver lineups of as yet, but Cindric is currently listed as driving the No. 22 Ford Mustang GT4 for the Roar.

DeFrancesco has no sports car racing experience, but he’s eager to press his luck.

“I am looking forward for a great run with JDC-Miller Motorsports in the Daytona 24,” DeFrancesco said.  “[It] will be a pleasure to compete against some of the best drivers in the world and I am 100% focused to do a good job behind [the] wheel of the No. 85 ORECA.  I want to say thank you to our partners that make it possible to join this team.  Can’t wait for the Roar and for the race weekend.”

The additions of Cindric and DeFrancesco result in JDC-Miller MotorSports’ No. 85 having the youngest driving lineup of any of the 20 Prototypes entered in the Roar Before the 24.  With DeFrancesco turning 18 in January, the team’s average driver age will be 23 at the Rolex 24 at Daytona and none of the drivers are older than 28.