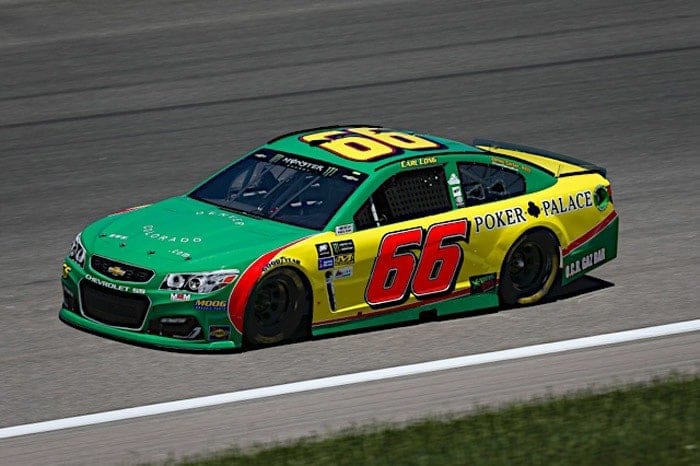 Over the past few seasons, Carl Long has attempted to get MBM Motorsports off the ground running. However, whether it’s a setback here or there, he’s self-admittedly struggled.

In early 2016, Long took over MBM Motorsports XFINITY Series program full-time, as co-owner Derek White was arrested on charges stemming from failing to pay taxes on tobacco. He was suspended from NASCAR immediately.

Earlier this season at Kansas Speedway, Long made his return to the Monster Energy NASCAR Cup Series after an eight-year absence; he finished 31st. In 2009, he was ordered to serve a 12-month suspension and a fine of $200,000 following a technical inspection infraction for an engine that was .17 cubic inches too big.

The No. 66 team went on to compete in 11 of the final 25 races of the 2017 season, with a best finish of 14th coming at Indianapolis Motor Speedway by Timmy Hill.

MBM fields the Nos. 13 and 40 XFINITY Series teams, while also preparing the No. 66 Cup team with only eight full-time employees. At the track, that number rises to 12.

But the old adage of sponsorship and dollars will determine what Long’s plans are for 2018, though he is expected to have David Starr as a driver in the Cup Series with sponsorship from Eureka Vacuum Cleaners. Mark Thompson is also scheduled to make his last career racing start at the Daytona 500 behind the wheel of the No. 66 car.

But having limited funding and using much fewer resources doesn’t bother Long and his race team.

“I’m not worried about Brad Keselowski, Kyle Busch and Jimmie Johnson’s groups – I’m not worried about them taking our sponsors, because I’ve been running a race team for about 20 years that has sucked,” Long told Frontstretch. “We sucked way better than they do and now you have a vacuum cleaner that has great suction, and we suck. It’s all good. They [Keselowski, Busch and Johnson] don’t meet the portfolio to become a spokesperson for a vacuum cleaning company like Eureka.

“If everyone in the fan world looks at this and they go, “Oh look, Carl Long is 38th out of 40th, he sucks,’ so it all goes together.”

In 12 Cup Series events in 2017, MBM Motorsports had an average finish of 32.2, while posting four DNFs.

As far as the XFINITY Series, MBM Motorsports has had a total of 118 starts among 19 different drivers since Long took over the team at the spring Texas event in 2016. Alon Day and Brandon Hightower each have a 13th-place finish, respectively, the best in that time frame.

Long confirmed to Frontstretch that Chad Finchum will be running for XFINITY Rookie of the Year honors in 2018, piloting the No. 40 machine. In seven starts for MBM Motorsports in 2017, Finchum had a best effort of 28th at Bristol Motor Speedway. Going for Rookie of the Year in 2018 is a dream come true for the Tennessee native.

“That has been the goal since we started this,” Finchum said. “I’ve raced for many years and worked my way through different levels of racing and my goal has always been to be here in the XFINITY garage, the Cup side or Camping World Truck Series and compete full-time.

“The goal next year is to come out swinging hard and if everything can get squared off in the off-season, we’ve already kind of been prepping for a full season ride with Carl next year.”

Long is optimistic about building the team with Finchum behind the wheel.

“There are people that come into our sport to race that have sponsorship with them and develop themselves into being a good driver,” Long said. “Then, there are people who are really good drivers who have the potential to be great drivers, and I really put Chad in that category to be a great driver. We just need to build together and get better equipment for him and as we get better equipment, I would say Chad has as much [potential] as the top 15 drivers in Cup right now.”

For a small team, Long wants to take baby steps, hoping to elevate the organization. For 2018, his goals are to be more competitive on a weekly basis and provide his drivers with better equipment.