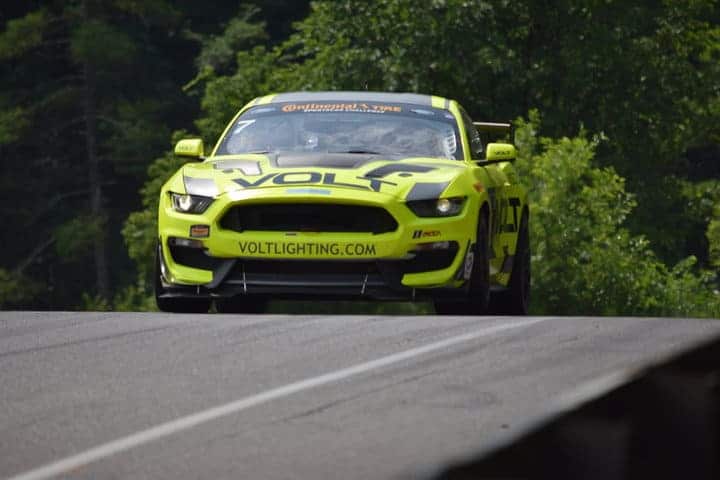 For IMSA Continental Tire SportsCar Challenge teams, they had two on-track sessions Sunday at Daytona International Speedway.  In those sessions, the fastest lap of the day was set by Jeff Westphal of the new Carbahn Motorsports team.

Westphal, driving one of the new Audi R8 LMS GT4s for the Steve Dinan-run team, turned in a lap of 115.950 seconds (110.530 mph).  The lap was less than two-hundredths of a second faster than Aaron Povoledo in the DXDT Racing Mercedes.  KohR Motorsports’ Kyle Marcelli was third quickest, followed by Brett Sandberg in the AWA Mustang.  Tanner Whitten in the Automatic Racing Aston Martin was fifth.

In TCR, C360R’s Rodrigo Sales turned in the fastest TCR lap in the Roar to lead the class.  Sales’ lap of 120.116 seconds (106.697 mph) was two-hundredths of a second faster than teammate Pierre Kleinubing.  Murillo Racing’s Justin Piscitell was third fastest.

MINI JCW Team’s Mat Pombo turned in the quickest Street Tuner lap of the Roar (125.367 seconds, 102.228 mph to lead the class.  Pombo’s lap was four-hundredths of a second faster than BimmerWorld Racing’s Nick Galante.  Mark Pombo was third quickest in the No. 73 MINI.

In the final Roar session, VOLT Racing’s Trent Hindman set the fastest time right at the end of the session.  Hindman’s time of 116.126 seconds (110.363 mph) was nearly a half-second faster than McAleer in second.  McCumbee was third, followed by Whitten and Cole Custer.

Overall, the fastest Grand Sport lap of the Roar Before the 24 was a 115.247 second (111.205 mph) lap set by Rennsport One’s Dillon Machavern during Session No. 2 on Friday.  Both Machavern and teammate Spencer Pumpelly only ran on Friday and Saturday, content after two days of testing.

In TCR, Murillo Racing finally broke C360R’s three-day stranglehold on the top of the speed charts.  Piscitell topped the charts with a lap of 121.668 seconds (105.336 mph), three-eighths of a second faster than the Volkswagen of Rumcastle LLC’s Jon Miller.  Sales was third quickest.

Street Tuner saw Mark Pombo turn in a lap of 125.494 seconds (102.124 mph) to put the No. 73 MINI on top in the final session.  The lap was nearly six-tenths of a second faster than BimmerWorld Racing’s Devin Jones.  Derek Jones was third quickest in the No. 37 MINI.

Results of IMSA Continental Tire SportsCar Challenge Roar Before the 24 Session No. 6

In a little over two weeks, Continental Tire SportsCar Challenge teams will be back on-track in Daytona to prepare for the BMW Endurance Challenge at Daytona.  The first practice session is scheduled for Wednesday, Jan. 24 at 1:30 p.m.