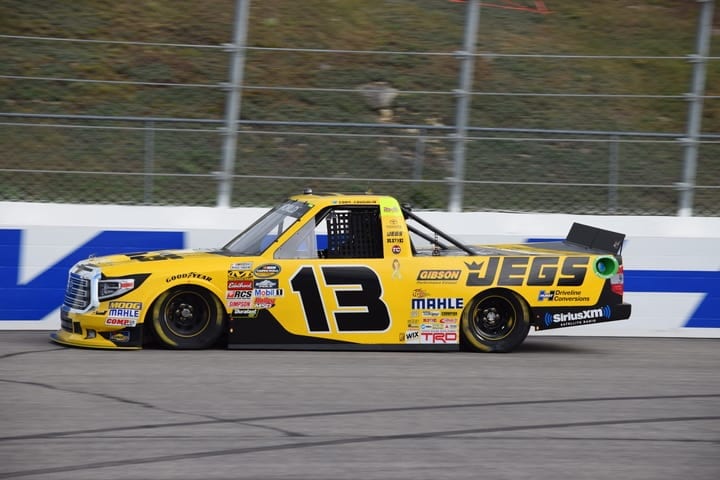 On Monday (Jan. 16), GMS Racing announced that Cody Coughlin will join the organization for the 2018 season.  Coughlin will drive the No. 2 Chevrolet with sponsorship from JEGS.

Jerry Baxter, who was the crew chief for Kaz Grala‘s No. 33 in 2017, will fill that role for Coughlin.

“I couldn’t be more excited to join the GMS Racing family,” Coughlin said in a press release.  “GMS [Racing] is a team that has proven to be one of the teams to beat every time they unload at the race track and now I have the same opportunity.  I can’t thank GMS Racing, Maury Gallagher and Mike Beam enough for this chance.  I think we have the right tools and personnel in place with the No. 2 team to run up front and contend for race wins every weekend.”

Baxter thinks that the No. 2 team has no reason to not run well with Coughlin at the wheel.

“I’m more than ready to get the 2018 season underway,” Baxter said.  “Last year we raced against Cody every weekend, so I have an idea of the type of driver he is.  It will be even better to be able to work with him now firsthand.  We have a good group of hard-working guys on the No. 2 that will definitely put us in the position to run well every time we’re at the track.”

Coughlin comes to GMS Racing after running the full 2017 Camping World Truck Series season for ThorSport Racing in its No. 13 Toyota.  Coughlin had one top-five finish (a career-best third at Phoenix International Raceway in November) and three top-10 finishes.  He finished 13th in points, the lowest of any driver that competed in all 23 races.

Monday’s announcement means that GMS Racing has four full-time trucks confirmed for 2018 at this point.  Coughlin joins the returning Johnny Sauter and Justin Haley, along with rookie contender Dalton Sargeant in the fold.