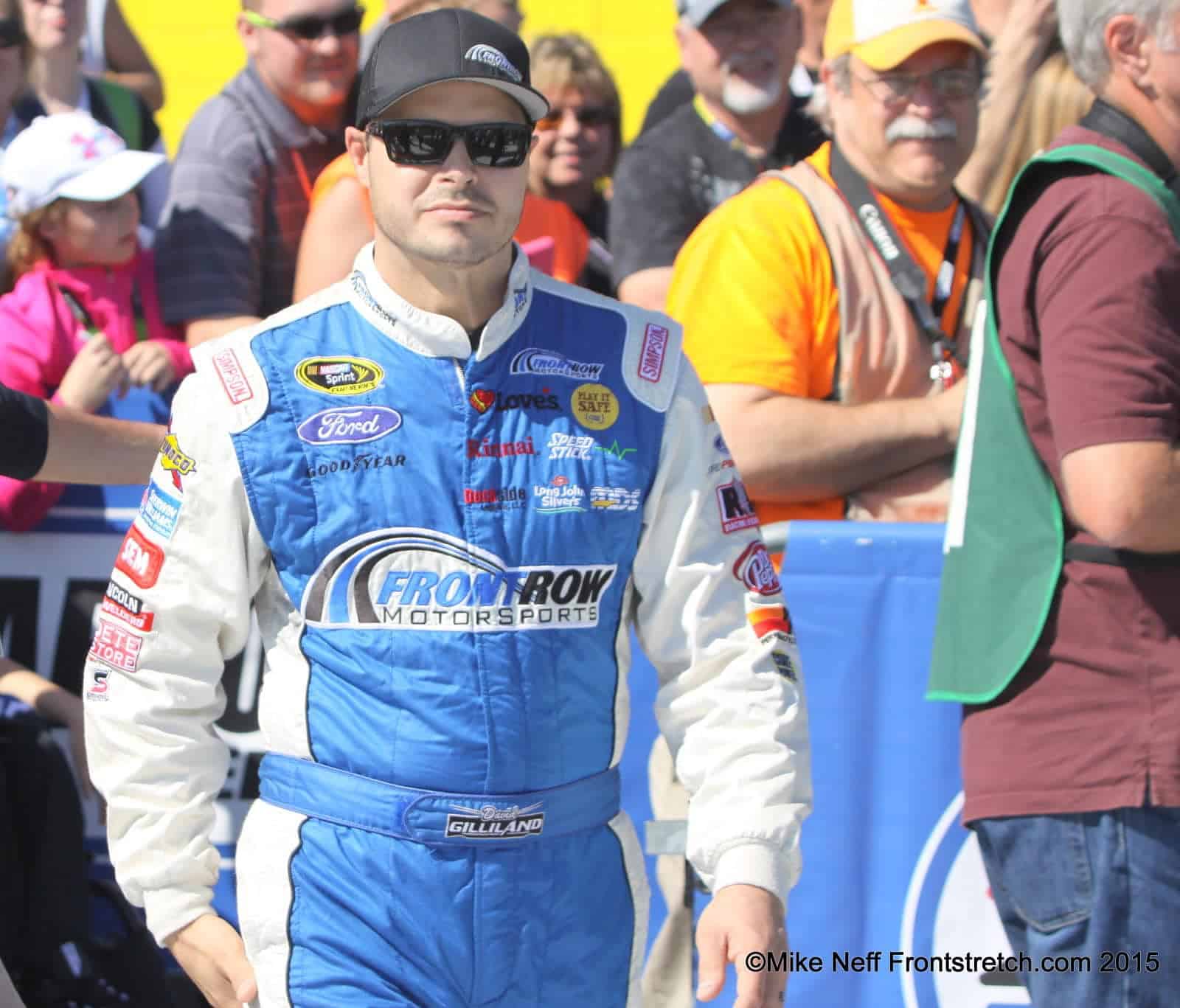 Wednesday has been a busy day for David Gilliland.  Earlier, he was announced as the driver for Kyle Busch Motorsports’ No. 4 in the Camping World Truck Series’ season opener at Daytona.  Now, he has a ride for the Daytona 500 with Ricky Benton Racing as well.

The part-time team in the Camping World Truck Series announced that they will be fielding an entry for February’s Daytona 500.  The No. 92 Ford Fusion will carry sponsorship from Black’s Tire and Auto Service and CARQUEST Auto Parts.

“Ricky [Benton] is a great guy and a real racer,” Gilliland stated.  “I really appreciate the faith he has put in me to drive his first MENCS attempt. Having worked with (crew chief) Mike (Hester) before, I know he has done everything needed to give us a competitive car to go out and qualify and race well at Daytona.  I think we have a chance to go out and surprise some people.”

For Benton, Gilliland was the perfect choice to anchor the team’s first attempt at racing in the Monster Energy NASCAR Cup Series.

“Getting David [Gilliland] back on board was…key,” Benton explained.  “Having a veteran driver with his experience and success on restrictor-plate tracks – with whom [crew chief Mike] Hester has familiarity – gives us a leg up as we try to make the race.”

While the team has never competed in the Monster Energy NASCAR Cup Series before, the combination as currently assembled has raced together before.  Gilliland made seven starts for Ricky Benton Racing in the Camping World Truck Series back in 2015.  Gilliland had two top 10 finishes in the No. 92 Ford F-150 with his best run being a sixth-place finish at Daytona.

The Benton No. 92 will be competing as an open entry.  As a result, they will have to beat out a number of other teams for the four open spots in the field.