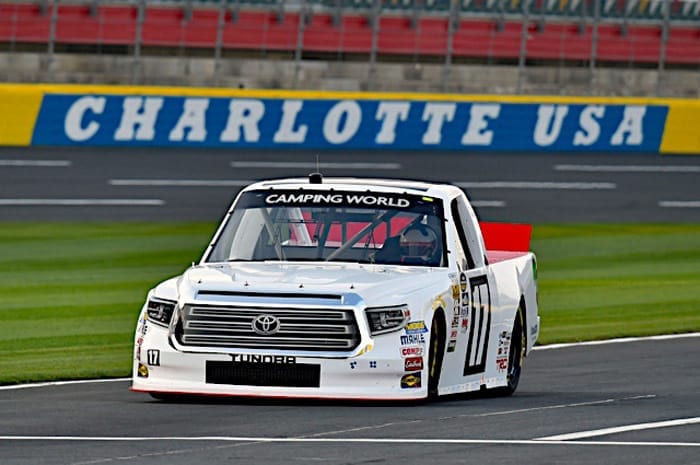 The team will operate from Red Horse Racing’s former shop and field teams in late models, the ARCA Racing Series presented by Menards, K&N Pro Series and the Camping World Truck Series.  DGR-CROSLEY will race Toyotas with support from Toyota Racing Development and Kyle Busch Motorsports (KBM).  The KBM relationship is an expansion on an existing relationship that DGR had with KBM in late models over the past two years.

Gilliland, who will serve as DGR-CROSLEY’s president, is very excited about the future.

“There is so much value in joining forces with CROSLEY Sports Group,” Gilliland stated.  “Bo LeMastus and I have been working on this for several months, and we’re both very excited about this new company. Bringing together CROSLEY and Red Horse Racing assets are exactly what DGR needed to take it to this unique level. It’s been my plan to get into the Truck Series for quite some time. Now, we have a well-designed driver development program to groom drivers in championship caliber equipment as they work their way up through the ranks.”

ARCA Racing Series presented by Menards veteran LeMastus is pleased about the vertical integration that the merged DGR-CROSLEY can provide.

“We couldn’t be more excited about DGR-CROSLEY,” LeMastus stated.  “David [Gilliland] brings a wealth of knowledge, experience and credibility to this company.  I love our development process, especially for the drivers who now have the opportunity to race from late model to K&N, to ARCA, to the NASCAR [Camping World] Truck Series in championship caliber equipment, all under one roof.  If they aspire to go beyond the Trucks, they’ll be very well-groomed to get there.

The team did not announce any drivers for the upcoming season, but did note that they have a number of committed drivers that would be revealed over the next 10 days.  DGR had already confirmed Tyler Ankrum to drive in K&N Pro Series East, but beyond Ankrum, there are no confirmed drivers with the team.  LeMastus could potentially drive for the team in ARCA, but he will not compete for DGR-CROSLEY in the season opening Lucas Oil 200 Driven by General Tire.  That is due to the fact that LeMastus had previously signed to drive for Chad Bryant Racing (formerly Cunningham Motorsports) in Daytona.