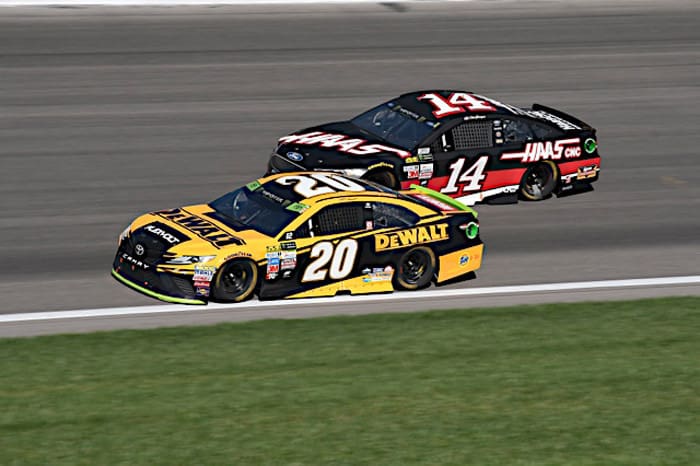 After a season of sponsor uncertainty with the Joe Gibbs Racing No. 20 Toyota, Erik Jones looks to be fully funded in 2018.

The NASCAR Rookie of the Year was on hand Tuesday as his primary sponsors were announced in conjunction with the sport’s annual Media Tour. DeWalt, Reser’s Fine Foods, Circle K and Sport Clips will combine to back the No. 20 in all 36 points-paying races during the 2018 season.

DeWalt was on the car for about 15 races last year and will again be featured the most in 2018. The tool company backed former driver Matt Kenseth for the majority of his career in the Cup Series.

Circle K was also on the No. 20 last season and will increase its commitment and sponsorship level. Sport Clips has backed Denny Hamlin in a number of JGR events through the years and is willing to expand its support for Jones in 2018.

“I’m really excited to not only get back to JGR, but to get back on track in 2018,” Jones said. “We were able to accomplish the goal of winning Rookie of the Year in 2017, and we’ve set some big goals for this year. I know that we have all we need to get the No. 20 in Victory Lane for my first Cup win and to make 2018 our best season yet.”

Jones earned a career-best runner-up finish during the Bristol Motor Speedway night race last season on his way to NASCAR’s Rookie of the Year award. He earned 14 top-10 finishes last year with his former team at Furniture Row Racing and wound up 19th in the final Cup Series standings.

Jones’ crew chief from FRR, Chris Gayle, will be paired with him at JGR as well. The No. 20 car will debut with its new driver in next month’s Daytona 500, while his former ride, the No. 77 Toyota, suspended operations this past off-season.

Not mentioned in this year’s announcement was Tide. The detergent company returned to NASCAR and sponsored Kenseth for a handful of events in the No. 20 car last year.