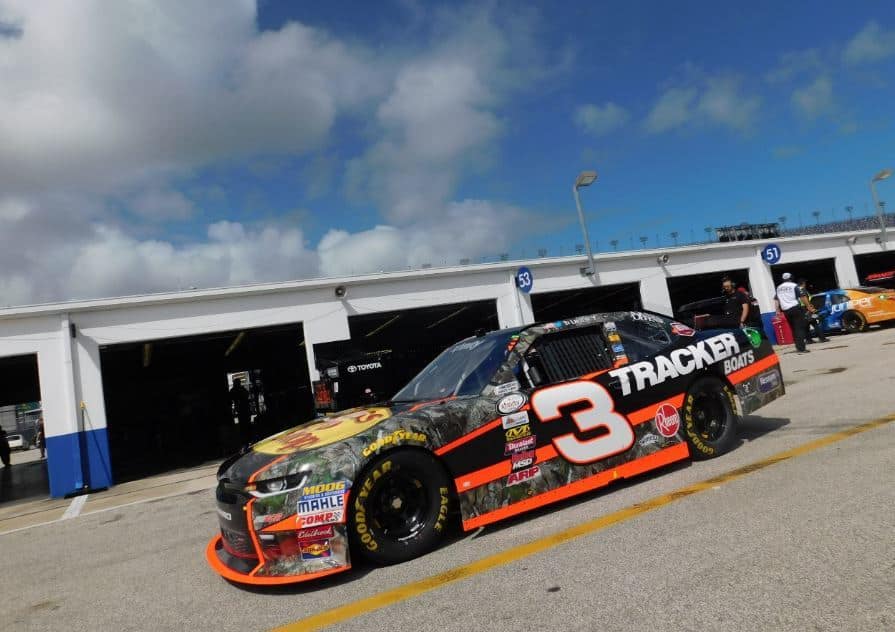 Back at Homestead-Miami Speedway, Richard Childress, owner of Richard Childress Racing confirmed to Frontstretch that its XFINITY Series program would be scaling back from five to three full-time teams. On Wednesday, five drivers were announced to the driver lineup of the famed No. 3 machine.

Childress’ grandsons Austin and Ty Dillon will make up the bulk of the schedule in the No. 3 car. The elder of the two Dillon brothers (Austin) brought home the XFINITY Series championship to RCR in 2013. Since his triumphant season, he has six victories in 57 starts.

The younger Dillon brother (Ty) has one career victory in the XFINITY Series, coming at Indianapolis Motor Speedway in 2014, his rookie campaign.

Shane Lee will additionally join the RCR organization for an undisclosed amount of races. Jeb Burton will also share seat time in the No. 3 car, while NASCAR veteran Brendan Gaughan will get the nod at Mid-Ohio Sports Car Course (Aug. 11) and Road America (Aug. 25).

“Our goal with the multi-driver Chevrolet Camaro SS is to win races and put ourselves in a position to be in the NASCAR Playoffs at the end if the season to compete for the owner’s championship,” Childress said.

Nick Harrison will serve as crew chief, while the No. 3 will be entered into all 33 XFINITY Series events in 2018.