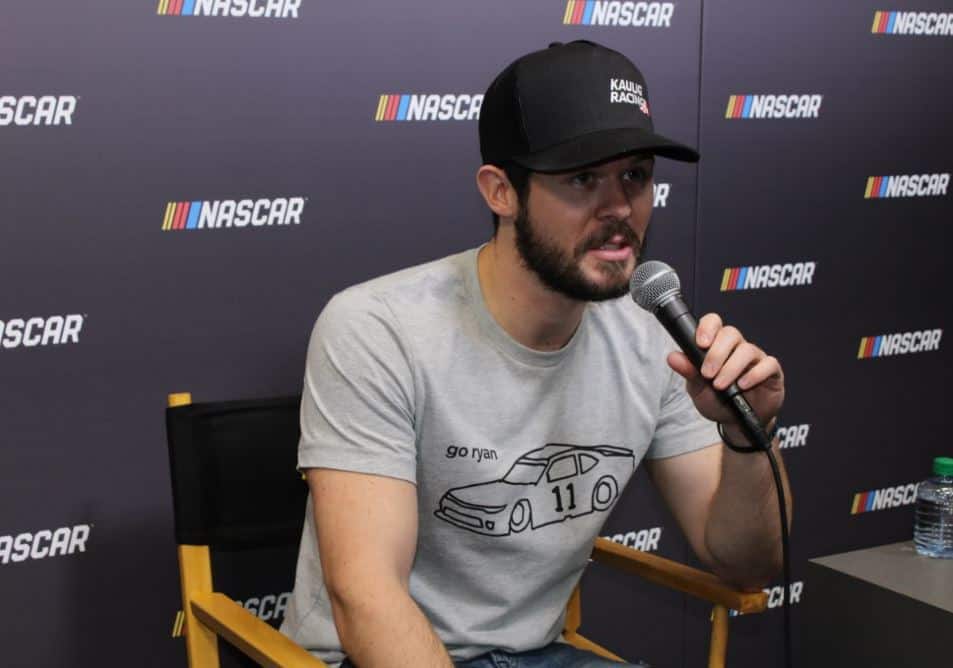 When Kaulig Racing announced Ryan Truex as its new driver for the 2018 NASCAR XFINITY Series season, it was a shock to some, and to a degree, Truex himself.

Kaulig made the announcement two weeks ago, but a deal wasn’t secured until the night before. As Truex sat in front of the media to discuss the upcoming season on Wednesday (Jan. 24), he said was simultaneously listing new “Go Ryan” T-shirts, which now feature a No. 11 XFINITY car, on his website.

“In December I honestly didn’t have anything,” Truex said. “There was a lot of talks, but nothing set in stone.”

Hattori Racing revealed that Truex wouldn’t return as its driver in the Camping World Truck Series. Although he loved competing in the series, Truex knew a chance with Kaulig was the best opportunity for him.

“Kaulig Racing having the (Richard Childress Racing) alliance is huge for the team and for me,” he said. “There’s a lot of resources there.

“This opportunity kind of came out of nowhere. … My dad and (crew chief) Chris Rice have known each other for awhile. My dad is always at the track talking to people. … He’s always putting feelers out there.”

So how did team owner Matt Kaulig know he wanted Truex to be his new driver?

“I actually flew to Ohio and met Matt in late December and honestly, we just hit it off, right off the bat,” Truex said. “He knew a little bit about what I’ve done in all three series, particularly the Truck Series last year — he paid attention a lot. He saw what we were able to do with less funding and older equipment compared to the top teams.”

Kaulig has contemplated running two cars. The team will field one full-time entry for Truex, and Blake Koch, who has been with the team since its debut season in 2016, is the odd man out.

Truex feels he’s left Hattori in a good place, though. He believes that the progress the team has made over the last year might be enough to make them a title contender.

“In a year, they’ve come really far and built a great team,” Truex said. “I think we’ve been able to build that into a championship team. I think the right driver could step in and compete for a championship.”

That’s what Truex believes grabbed Kaulig’s attention more than anything.

“I think that’s what impressed him the most,” he said. “We just hit it off. I didn’t think it would happen because I’m kind of a pessimist when it comes to these things. It seems like every time I have a deal almost done, something always happens.

“Something falls through, whether it’s sponsorship or somebody else swoops in and grabs a ride before I can. I honestly didn’t think this would happen until the night before when we signed the contract.”