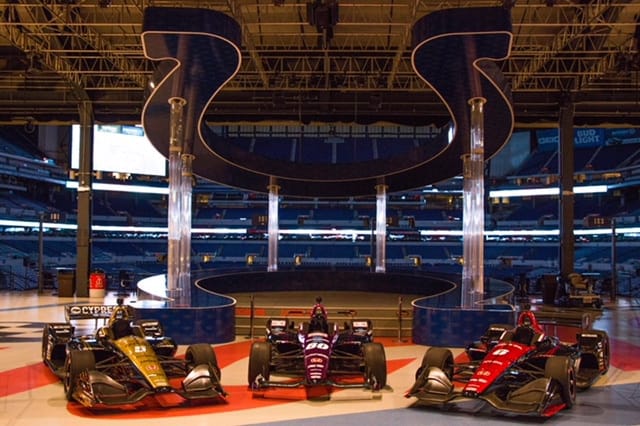 Michael Shank Racing’s Indy car was unveiled at Lucas Oil Stadium in Indianapolis on Thursday. The No. 60 Honda will be driven by Jack Harvey in six IndyCar Series races this year, including the 102nd Indianapolis 500.

MSR and Schmidt Peterson Motorsports entered an alliance that will allow them to share resources. The announcement of Harvey’s participation in the upcoming IndyCar campaign with Shank’s team was made in December.

PR – We present to you the No. 60 @siriusxm / @autonation Michael Shank Racing Honda IndyCar. #MSRIndyCar pic.twitter.com/SRViOq1HB3

“The relationship with Mike is constantly growing which makes me so eager to start the season,” Harvey said in a statement. “We know what each other’s goals are and how we can achieve them. It’s a really special moment working with Michael Shank Racing as well as with SPM – the team that brought me over from Europe.”

SiriusXM and AutoNation will sponsor the British driver.

Harvey has made three career IndyCar starts. He competed with MSR in a partnership with Andretti Autosport in the 2017 Indy 500, but crashed out and finished 31st.

He also ran SPM’s No. 7 in the final two races of the year, earning finishes of 14th and 18th.