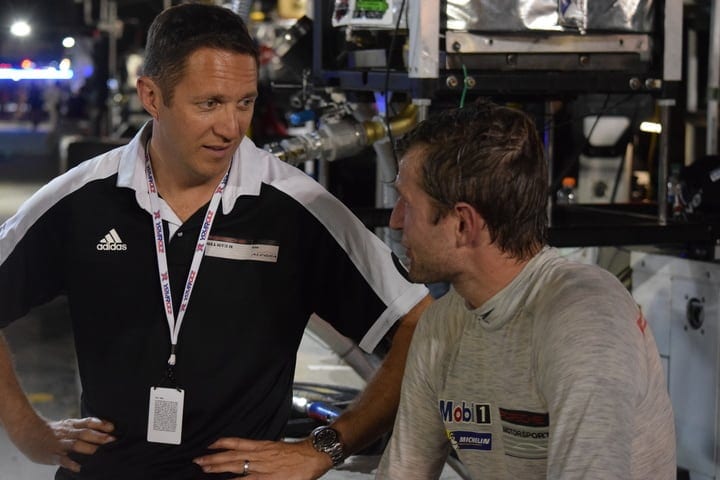 On Thursday, Alegra Motorsports announced that they will move to Pirelli World Challenge full-time in 2018.  They will field the same No. 28 Porsche 911 GT3 R that competed full-time in the IMSA WeatherTech SportsCar Championship in 2017.  Porsche factory racer Michael Christensen will drive full-time in both the Sprint and Sprint-X races.  For the Sprint-X races, Spencer Pumpelly will join the team.

Team owner Carlos de Quesada is excited about his effort.

“We had an outstanding season last year and are looking to build on that success,” de Quesada stated.  “We’re thrilled to have Michael back in the driver’s seat, and with Spencer on the roster we’re solid.”

Last season, Christensen drove in five of the 12 IMSA WeatherTech SportsCar Championship races for Alegra Motorsports in and around his FIA World Endurance Championship commitments with Porsche.  He was part of the GT Daytona class winning effort in the Rolex 24 at Daytona and finished second at Road Atlanta in October.

Pumpelly made only one start with the team last season.  That was the Mobil 1 12 Hours of Sebring, where the team finished 10th in class.  On additional occasions, including Road Atlanta (pictured above), Pumpelly helped out on the pit box in a strategy role.  Pumpelly also raced in all of the Pirelli World Challenge Sprint-X races for Magnus Racing.  He claimed a victory at Lime Rock Park alongside Dane Cameron in May, had three podium finishes and finished sixth in Sprint-X GT points.

The move gives Alegra Motorsports a steady driver lineup for the whole year.  Last season, eight different drivers drove the No. 28 Porsche as the team worked around Christensen’s commitments in Europe.  Fellow Porsche drivers Mathieu Jaminet and Patrick Long pitched in at times, impressing with their pace.