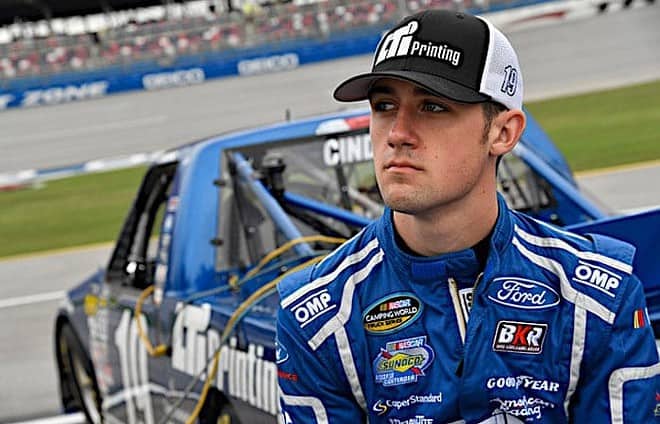 Cindric will drive nine events in the RFR No. 60 Ford Mustang shared with Chase Briscoe and Ty Majeski, while during the rest of the schedule he will drive either the Nos. 12 or 22 Mustangs for Penske, he announced Thursday, Feb. 8.

“I know there’s a lot left for me to learn,” Cindric said in a press statement. “That being said, it puts the ball in my court because I have such an incredible and unique opportunity in front of me to be surrounded by the experience of two very successful organizations, and that is all a driver can ask for.

“Much like last season, I feel like it may take a little time to adjust, but I’m eager to get started on that journey. I just can’t thank Roger Penske, Jack Roush and everyone with Ford Performance enough for this opportunity.”

“I’m really excited to team up with Austin when he’s behind the wheel of the No. 12 Ford while also working closely with (No. 22 crew chief) Brian Wilson,” added Team Penske No. 12 crew chief Matt Swiderski. “Our goal is to help the No. 22 team win another series owners title while working with Austin as he chases the driver’s championship.”

Cindric made his NXS debut in 2017 in the Penske No. 22 at Road America, finishing 16th after a cut tire derailed a strong performance.

He finished third in the 2017 Camping World Truck Series standings driving for Brad Keselowski Racing, earning his first win at Canadian Tire Motorsports Park. He also has experience in ARCA, the USF2000 National Championship and the Red Bull Global Rallyrcross series, and he was part of the sixth-place overall finish for JDC-Miller Motorsports in last month’s Rolex 24 Hours of Daytona.

Wesley has been with Fronstretch since October 2017. He loves well-told stories in whatever format he finds them. Aside from NASCAR, he enjoys reading, country music and OKC Thunder basketball. He has a BA in Liberal Arts/English and currently lives in eastern Oklahoma, where he works as a freelance writer/editor.
@@CoburnWesley
Previous Blackdog Speed Shop Taps Andy Pilgrim, Michael Cooper for GTS SprintX
Next Hyundai Enters PWC TCR with Bryan Herta Autosport