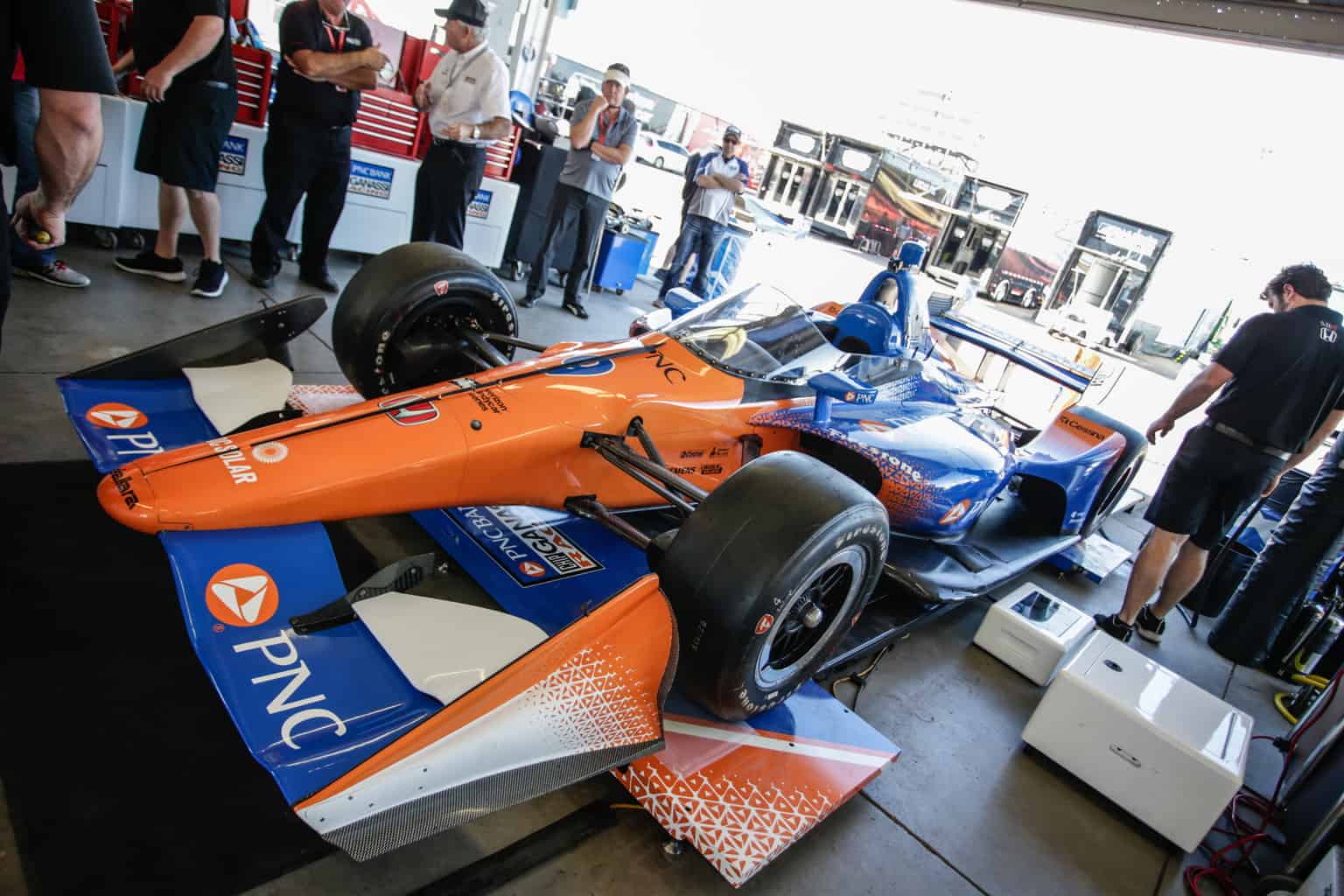 The 2018 IndyCar Series season doesn’t officially start for another month, but teams are already preparing to race.

The series is in Phoenix this week for its annual Prix View test sessions at ISM Raceway and is also promoting the sport to a broader audience.

While Alexander Rossi and Conor Daly continue to compete on the popular CBS reality series The Amazing Race, Simon Pagenaud and Tony Kanaan expanded their horizons beyond the cockpit too.

On Thursday (Feb. 8), Pagenaud and Kanaan attended the Arizona State vs. USC men’s basketball game. The two former champions served as diversions in the “Curtain of Distraction” while USC attempted its free throws. ASU won 80-78.

Earlier this week, Dale Coyne Racing finalized its driver lineup. Zachary Claman DeMelo and Pietro Fittipaldi will split seat time in the No. 19 Honda while Sebastien Bourdais competes full-time in the No. 18.

Claman DeMelo has raced in Indy Lights the last two seasons with Juncos Racing and Carlin. He made his IndyCar debut at Sonoma Raceway last September with Rahal Letterman Lanigan Racing. He finished 17th.

Fittipaldi, the grandson of two-time Formula 1 world champion Emerson, competed with Lotus in the World Series Formula V8 3.5 last year and won the driver’s championship. The series is now defunct.

The much-anticipated windscreen made its first appearance on Scott Dixon’s No. 9 Honda on Thursday. Dixon tested at ISM with three different light conditions: afternoon, dusk and nighttime with the track fully lit.

Dixon gave a positive review of the prototype model, though he did say there is room for improvement. While the screen reduces the wind that hits the driver’s helmet, the aerodynamics still need some adjustment.

“It needs some cooling just because you get no air flow through the car,” Dixon said. “Kudos to INDYCAR. I definitely think there are things that we can improve on and make better, but good job.

“The weirdest thing was just how quiet it is,” he noted. “You have no buffeting; the car feels very smooth. It feels like you’ve gone to a really luxury dampened car.

“It didn’t feel that you were going as fast because you didn’t have any air pressure through.”

#VISORCAM is back race fans!? For the first time, we're behind a windscreen on @scottdixon9's no. 9️⃣ car during the initial test at @ISMRaceway​ in Phoenix. #INDYCAR
Live streaming of testing available on:
? https://t.co/Otk9Dbf51X
?️ Feb. 9 and 10
⏰ 3PM & 8PM ET pic.twitter.com/eBfiWuDxmq