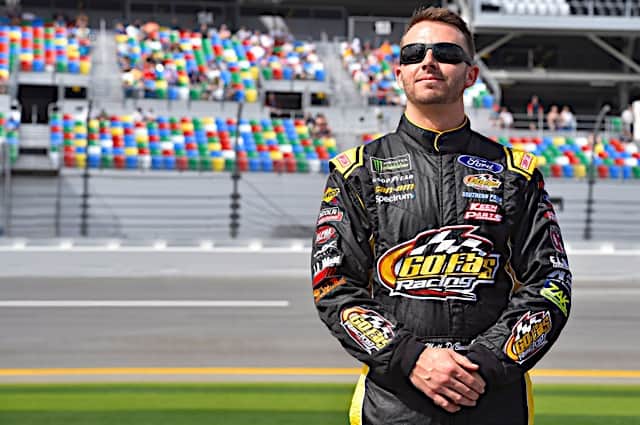 While most of the sport’s television time goes directly toward big teams with great speed and large personalities — and rightfully so, to an extent — Sunday’s 60th running of the Daytona 500 will have a heavy populous of tiny organizations. Many of these small NASCAR teams, despite being huge underdogs can actually come out with some darn good results.

Plate racing has always been known as the “great equalizer.” Drivers from all walks of life — i.e. Robert Richardson Jr., who in 2016, went from the Texas farmland to the Daytona 500 field in two weeks — enter the high banks knowing they have a shot to make a true name for themselves.

The same rags-to-riches moment could happen again this season. Entering 2018’s edition of Speedweeks from Daytona International Speedway, there’s a great advantage for these programs compared to one year ago. This change will come off seamless for the big guys but will have a crucial effect on the small ones come the Can-Am Duels on Thursday night: 40 cars.

With 36 chartered teams and four open spots, that means all entries will qualify for the Great American Race in the two 150-mile qualifier heats. The last time that happened? Nearly 50 years ago in 1969 when all 51 entries made the race.

So, we’re speaking of rare air for the history of smaller-budget teams giving the 500 a crack. For once, the Thursday Duels will only include hard racing, keen on keeping your car out of trouble while maintaining your friends in preparation for Sunday.

Gone is the pressure for these penny-pinching outfits simply to make the field for the big race. That’s a big deal for the teams we will be highlighting in this column each week in 2018. They’re all guaranteed at least a decent start to the new year, barring a week-ending wreck somewhere along the line.

Speaking of those who’ll be highlighted, what drivers and teams are on our underdog list for 2018?

This place is where the top of the underdog class will be each week. They’re the teams who have the best shot at not only contesting top 15s but perhaps scoring a surprise win and/or playoff berth.

Of note, Wood Brothers Racing has been stripped from the list for 2018. The team continues their Team Penske alliance along with solid sponsorship backing and an experienced driver in Paul Menard.

Here, we will highlight those who struggled over the weekend of racing. We’ll certainly dive a little deeper into any positives from the weekend. But, most of the time, it’ll be focused on where they need to improve. For Daytona, this list is a little heavier with teams like Ricky Benton Racing and Beard Motorsports joining the fray.

This addition to the column is new in 2018. It’s where we will move our focus away from the Cup Series to focus on XFINITY and Camping World Trucks. Though we won’t offer a breakdown of each team throughout the season, we will give mention to the top underdog performers from both series.

Here are the teams/drivers from those divisions who will be on our underdog watchlist for 2018.

BJ McLeod Motorsports: No. 78 Chevy and No. 8 Chevy, various drivers throughout 2018

Niece Motorsports: No. 45 Chevy, Justin Fontaine and No. 22 Chevy, Austin Wayne Self

This is where we sift social media to see what all these teams and drivers are up to, both away from the track and in preparation for each weekend.

YES! I get to race in the #NASCAR @NASCAR_Xfinity Series again this year! Another underdog effort with hard workers behind the scenes & everyone looking forward to the challenge of taking on the big teams! DM me if you are interested in sponsorship! pic.twitter.com/5yenVV4Fb8