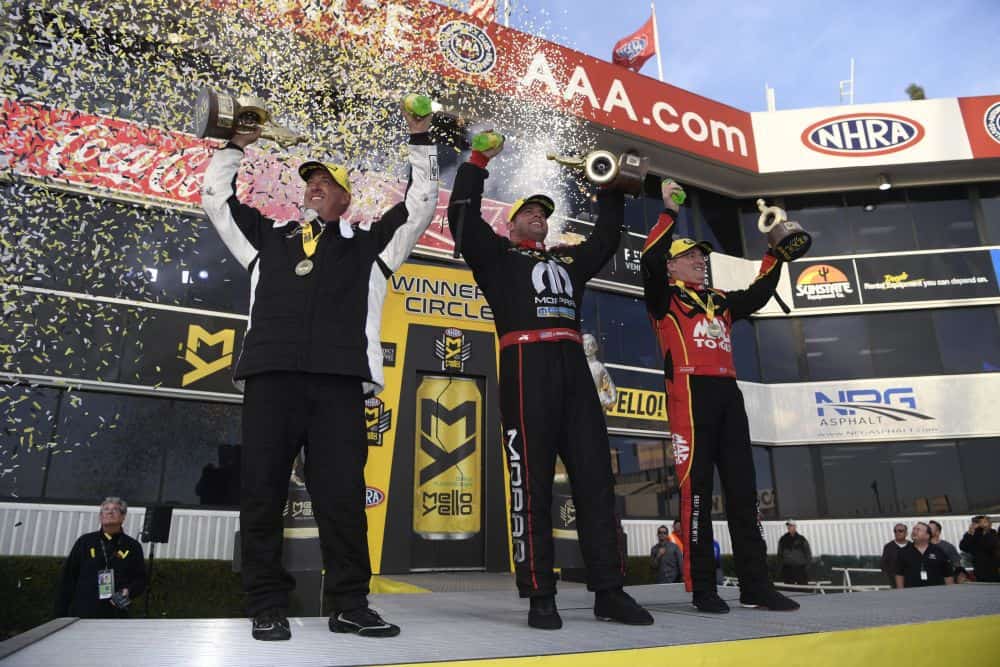 Welcome to 2018! Nitro Shots is back for another season to bring you a midweek NHRA drag racing fix. First things first, what happened over the off-season. Let’s get caught up on some of the big headlines.

For starters, a few drivers called it a career and will not be returning to full-time competition in 2018. We bid farewell to Funny Car driver Alexis DeJoria and also to Pro Stock’s Allen Johnson at the end of the 2017 season. Pro Mod champion Troy Coughlin also decided to go out on top and will not return this season.

With DeJoria’s departure, Shawn Langdon took the opportunity to switch things up and move from a Kalitta Top Fuel dragster into a Kalitta Funny Car. He can lean on teammate JR Todd, who made the same move at the beginning of 2017, for advice on driving his new vehicle.

There was also a shakeup in the schedule just prior to the start of the season when Old Bridge Township Raceway Park, aka Englishtown, announced they would no longer be holding any drag racing events at their facility. New Jersey’s loss turned out to be Virginia’s gain, however, as Virginia Motorsports Park stepped up to claim the opening on the schedule. That means that the Mello Yello Series will remain at 24 national events.

Sure, NHRA gave up the New York City market, although New England isn’t so far away for those devoted fans in the region, but the Richmond area isn’t a bad place to be either.

One sad piece of news over the off-season was the passing of Pro Stock legend Bob Glidden at the age of 73. Glidden was a ten-time champion and won 85 events. Stay tuned for much more coming on Glidden’s career and his legacy in the sport.

We’ll continue to keep you updated on current events in the NHRA Mello Yello and Pro Mod series and weigh in with our opinion when something of note happens just like we always have.

Another thing we plan to do in 2018 that we’re really excited about to focus more on the history of drag racing, specifically the NHRA. We noted the passing of Bob Glidden above, but for newer fans, Glidden’s legacy and his importance might not be fully understood. He’ll be the first subject of our new history series but not the last for sure as we visit the drivers and others who brought the sport to where it is today.

Introducing Project Green Monster. The thing about drag racing is that it’s really not that hard to get involved, at whatever level you feel comfortable. As one friend put it, if you have a car – any car – and a bottle of shoe polish, you can go drag racing somewhere.

Sure, people on the NHRA level, even the Sportsman level, have made a certain financial investment in building a competitive car, but really you can take your street car to the local drag strip and run down the track on test and tune day if you have the desire.

You can run a car you drive on the street, or you can put a little more into it, particularly if you have the know-how to do the upgrades yourself, and build something a little meaner and a little faster for just the strip. 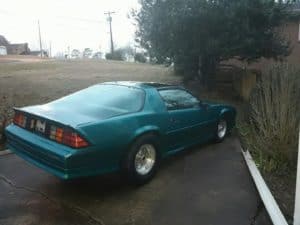 We bought this car for a very reasonable price and now we’re going to put a few upgrades in to make it go a little faster and to make it just a little sturdier for strip use.

Our hope is to be on the track by summer. And here’s a bonus: you can not only follow the car’s progress but mine as well because I’ve never raced before. I’ve only written about it.

In the end, the hope is that you’ll see that it’s really not very hard to go from watching the sport we love to participating. Periodic updates on Project Green Monster will appear here throughout the year.