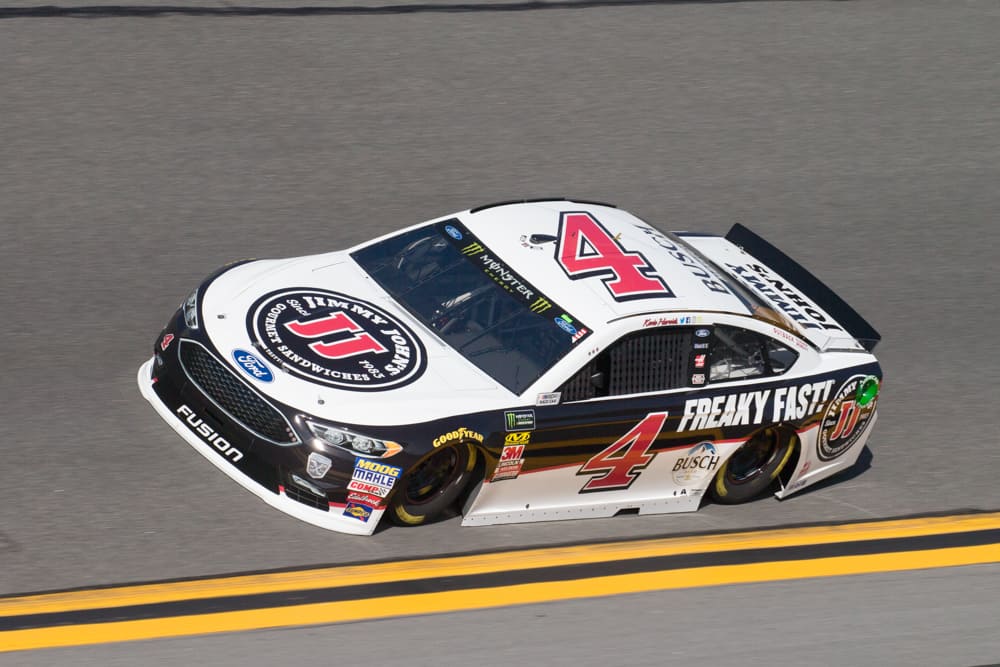 Kevin Harvick started fourth in the second Can-Am Duel on Thursday evening and stayed in the top five for the remainder of the night.

The race’s only incident came out on lap 11 when Erik Jones got loose, spinning in front of the field, collecting Matt DiBenedetto and Kyle Larson. After pit stops, Harvick came out in the top five, where the race would go single file for the majority of the race.

Chase Elliott made a move on Denny Hamlin for the top spot with just over 20 laps to go. Harvick remained in third until the No. 4 car made a move on the No. 11 car with two laps to go for the runner-up position.

On the final lap, Harvick’s two Ford teammates, Clint Bowyer and Paul Menard couldn’t give the 2014 Cup Series champion enough of a push for the victory, as the No. 4 Ford crossed the finish line in second.

“I felt like it was going to take two moves to win the race,” Harvick said after the race. “We got by Denny pretty good and the [Nos.] 14 and 21 were side-by-side coming off of [Turn] 4 and my car was really loose and I couldn’t tug really hard on the wheel and I didn’t really have a good run to get up besides Chase. It was still a good night. If we can build off of this and keep the same car on Sunday, that would be a good start.”

Harvick led a race-high 50 laps in last year’s Daytona 500, before getting involved in an incident and finishing three laps off the pace in 22nd. However, with the new ride height rule, he’s concerned about the driveability of his racecar and doesn’t believe the Duels will be indicative of the Great American Race.

“My car was just super loose tonight and hard to make moves. We had plenty of speed, we’ve just got to find a little better balance and the car has plenty of speed to do it.”

Harvick earned nine regular season points for his second-place effort in the Duel on Thursday. Ford has won the last seven regular season restrictor plate races, and is two-for-three at Speedweeks this year.