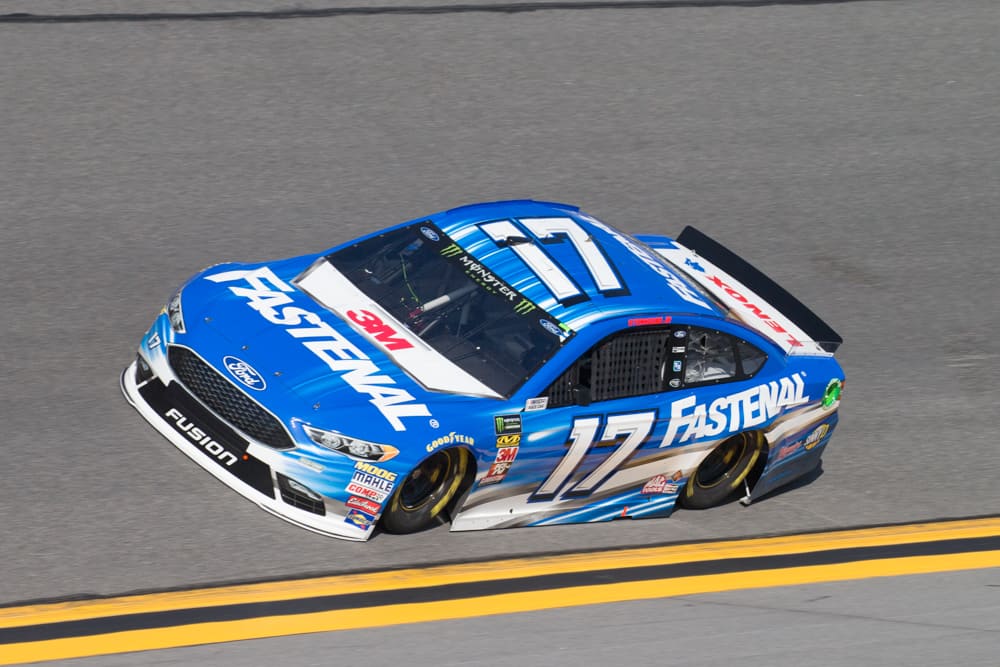 The blue and white No. 17 machine was dipping and diving around Daytona International Speedway on Thursday evening. Its fresh coat of paint, though, wasn’t what made it notable during the first of two Can-Am Duels.

Ricky Stenhouse Jr. wanted to make it known that he is a force to be reckoned with come Sunday’s Daytona 500, finishing fourth in what ended up being a blue night for a few of his peers.

“The cars are driving a lot worse now that we have them driving lower to the ground,” Stenhouse said. “This track is starting to age finally and it’s nowhere near it was, but it’s getting slicker.”

Stenhouse’s daring moves throughout the race caused — without contact — two incidents. After being able to move with free will in and out of a single-file field, he kept dodging wrecks during the 60-lap race.

But on lap 40, he got underneath Hendrick Motorsports rookie William Byron just enough to send the No. 24 car into the wall. Nine laps later, almost an identical accident occurred. This time, it was with David Gilliland, who went around after Stenhouse stuck his nose beneath the No. 92 car.

“Their cars weren’t driving good,” Stenhouse said. “I could do whatever I wanted. I could maneuver wherever I wanted — left and right. I was trying to work my way to the front and get a hole to fill in. I kept timing it wrong to slide up in front of them.”

Stenhouse will start the Daytona 500 in the ninth position. The fourth-place result is his best in seven Duel starts, topping his best finish of 10th prior to Thursday’s contest.

Now, Stenhouse and his Roush Fenway Racing team will look forward to Sunday’s race, when he looks to win his third career Cup race.

“I feel like we have a car capable of doing what I need it to do,” Stenhouse said. “It’s got speed, but it’s just tough to gauge when everybody is running up around the wall single-file.”

Thank you Ricky for providing some entertainment yesterday. Instead of just riding around like most of the others, afraid to take chances, you probably learned more about your car than everyone else combined. I appreciate your willingness to have fun and actually race!