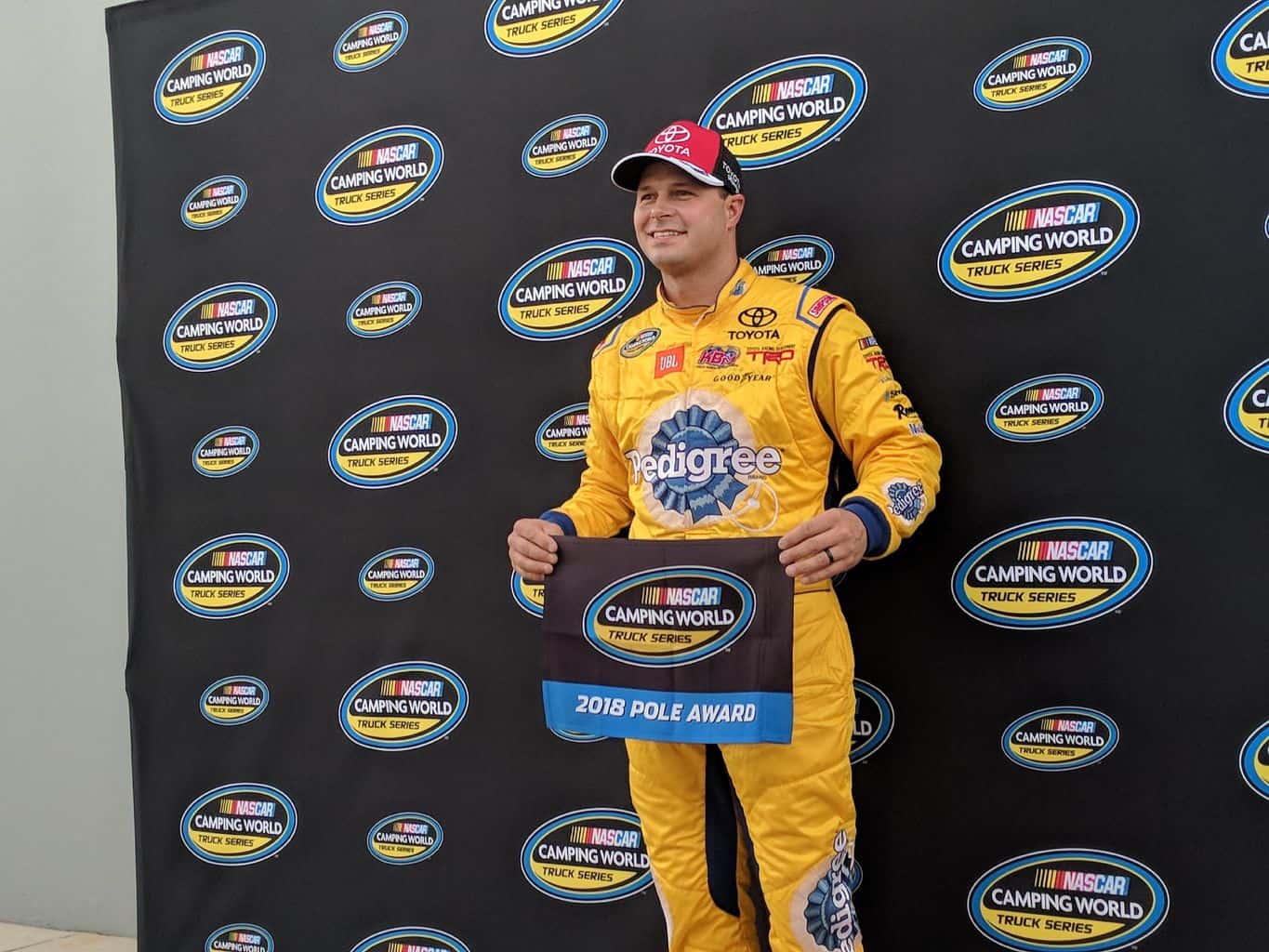 The younger generation of racers has not yet completely taken over.

Gilliland’s speed of 183.610 mph was enough to win his first career Camping World Truck Series pole award. It was not his first pole at Daytona, though — he won top honors for the 2007 Daytona 500.

The father of up-and-comer Todd Gilliland is piloting the No. 4 for Kyle Busch Motorsports for a one-race deal. Todd is competing full-time for the team this year, a Truck Series rookie but is not old enough to compete at superspeedways.

Two-time Daytona winner Johnny Sauter (182.986 mph) was the runner-up to Gilliland in both rounds of qualifying. Clay Greenfield (182.882 mph) shocked the garage by putting the No. 68 on the last podium step.

Gilliland was slightly faster in the first round of qualifying with a speed of 183.801 mph. Sargeant, Greenfield and Cody Coughlin followed Sauter in the opening round.

Bobby Gerhart, Josh Reaume, Cody Ware, and BJ McLeod failed to qualify for the race. Gerhart’s DNQ came with one of the series’ oldest teams, Mike Mittler’s No. 63 truck.

The green flag will wave for the NextEra Energy Resources 250 at 7:52 p.m. ET Friday night.