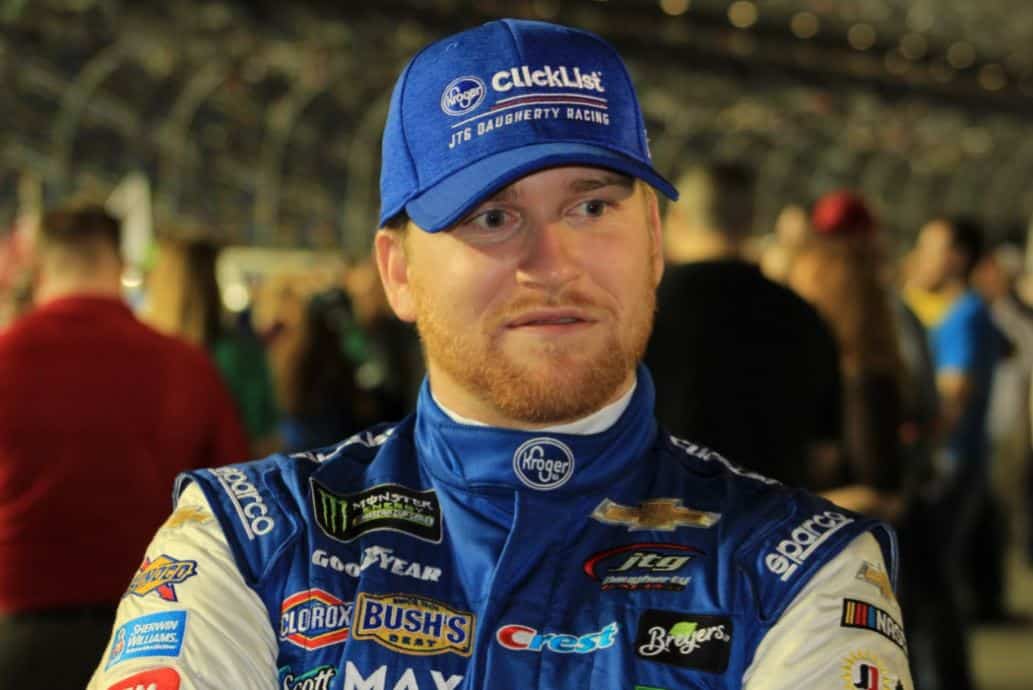 Chris Buescher is not a guy that a lot of people thought would contend for the Daytona 500 win.

Despite being the 2015 NASCAR XFINITY Series champion and winning a Monster Energy NASCAR Cup Series race at Pocono Raceway two years ago, Buescher has not had the best results the last few years. Buescher did not score a single top-five in all of 2017 and finished 25th in the standings after making the playoffs the season before.

“I’m really proud of this team and all the effort that they put in to come down here for two weeks,” Buescher said. “It’s a lot of work, it’s a lot of time invested and it’s very expensive. For us to be able to have something to show for it at the end of the day after three years of trying, that’s pretty cool.”

The No. 37 Chevrolet started the race in 21st and sunk to 25th by the end of Stage 1. Then, two large wrecks damaged 16 cars, and one of the few remaining was Buescher.

“We figured you get down to the end of these stages and people are going to get aggressive,” Buescher said. “That’s where we get torn up equipment and we wanted out of that.”

Stage 2 ended with Buescher up to 17th place. He maintained a conservative approach to the race and slowly moved into the top 10 while he waited for yet more cars to eliminate themselves.

It did not happen until lap 199, but when Ryan Blaney bumped Kurt Busch and damaged 12 more cars (some were repeat wreckers), Buescher found himself restarting in overtime from the third position, right on race leader Denny Hamlin’s bumper. Buescher said he was nervous in the situation.

Buescher was committed to pushing Hamlin on the first lap of the two-lap shootout, but the plan failed when Paul Menard tried to go underneath of him. Buescher moved over and made a late block on Menard and the incident slowed both cars down and messed up the inside line.

“If we could’ve gotten the inside line to line up a little better we could’ve had a better chance,” Buescher said. “It’s hard to tell anyone that, everyone wants to win.”

Hamlin came over to discuss the restart with Buescher after the race.

Buescher fought his way back to fifth, but he could have been in contention at the end had the inside line worked together.

“I really wanted to get that win here, Buescher said. “I think I was being a little greedy. We went from crashing out of two of these things to being able to win.”

Buescher said that his finish and JTG Daugherty Racing teammate A.J. Allmendinger’s top 10 was huge for the small team.